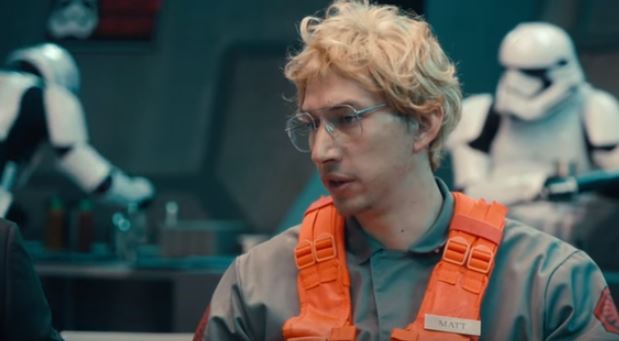 Viral SNL Video: Kylo Ren Goes on ‘Undercover Boss’ to See How The First Order Really Feels About Him

Adam Driver hosted Saturday Night Live on January 16, and brought Kylo Ren along with him.

The main villain of Force Awakens, the recently released Star Wars film, was sent to Undercover Boss to find out what the stormtroopers and technicians on Starkiller Base really feel.

“You get so caught up at returning the galaxy to its rightful state,” Ren said, “That you miss what’s going on behind the scenes.”

The clip has gone viral, receiving hundreds of thousands of views in addition to those who watched it live.