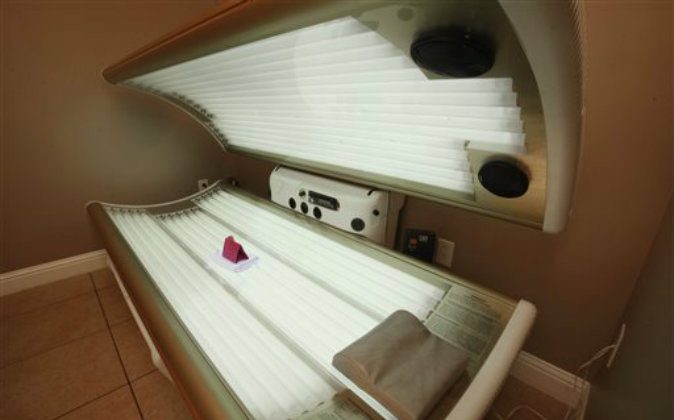 A teenager who said she read online that she could apply bronzer for a fake tan with a paint roller admitted that it didn’t work out very well.

Sharing a picture of herself after using the roller, Imogen Silversides said: “Who ever the girl was that recommend to apply fake tan with a paint roller is one lying [expletive].”

“Don’t think I’ll be at work Friday,” she added.

Social media users indicated that Silversides may have read a post from U.K. resident Amy Ridler, who had encouraged others to use a paint roller to spread the solution.

“You don’t get it on your hands, can wash it, perfect even tan, NO STREAKS, can get it mega dark if you like,” she said.

“Oh and you can reach your back.”

Silversides said that she was able to tone down the color. “When I showered it off I did become a nice color,” she told BBC 5.

A few days later, Silversides posted a picture of herself back to normal.