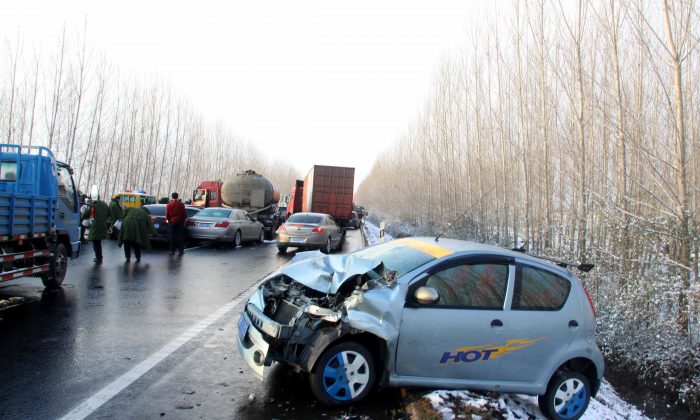 People check their damaged cars beside the pile up of over 100 vehicles after a crash along a highway in Weifang, east China's Shandong province on December 8, 2011 (STR/AFP/Getty Images)
Trending

A photo of a firefighter in Mississippi comforting a child after a car crash has gone viral. An SUV with one adult and five children rolled after a crash.

After responding to the incident, firefighter Casey Lessard made an attempt to help the child. He laid on the ground next to the child and played “Happy Feet,” the children’s movie about penguins, on his phone.

“The kids … we do whatever we can to calm them down,” D’lbervile Fire Capt. Darren Peterson said, reported WGHP. “The video calmed him down instantly.”

The cause of the crash is unclear.