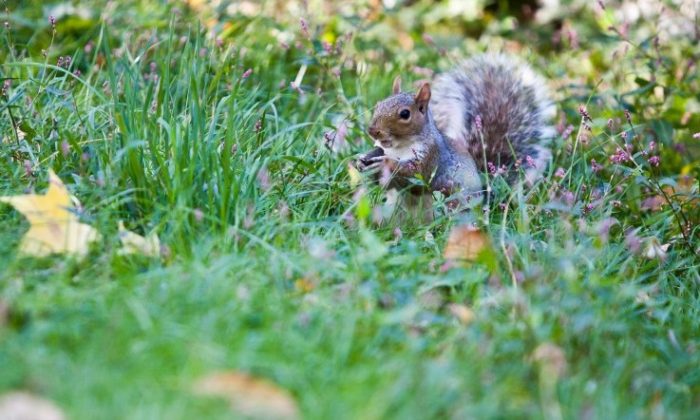 Viral Photo: Family Saved Squirrel and Let Him Live in Their Christmas Tree

A family saved an injured squirrel and gave him a good home.

Earlier this month, a Reddit user chronicled their move to take in the injured rodent after discovering him hurt and twitching in the road.

“He couldn’t really walk, drink water on his own, or really do anything. We were able to give him water with a syringe,” the user had wrote on Reddit.

“We reached out to a wildlife rehabilitater, who gave us some medicine to give him to help with the head trauma. Now, after 6 days on the medicine, He’s doing a lot better. He’s able to hold food on his own. He still needs help drinking. He can walk, but not very well. He often keeps his head to the side. We are still caring for him, though he will likely never be able to be released again. He may not be able to live a wild life, but if he continues to recover, we can help him live a good life.”

They named the squirrel Mitten and allowed him to stay in the family’s Christmas tree.

“My wife was playing with him near the tree, and he acted interested in it,” the user told The Dodo. “We decided to let him wander, and he went right to the tree.”