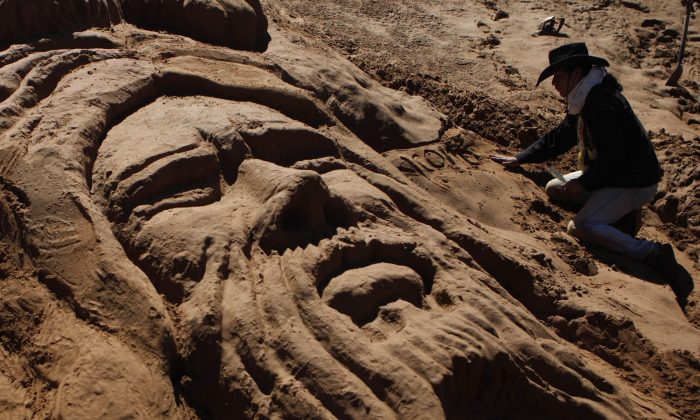 Viral Photo: Drawing of Jesus Christ Based on Forensic Research

A drawing based on forensic research said to depict Jesus Christ has gone viral online this week.

The drawing is based on what British scientists and Israeli archaeologists found using forensic anthropology, or methods similar to those police have developed to solve crimes.

Forensic anthropology features experts well-versed in a variety of fields, such as genetics, human growth, and nutrition.

It’s usually used to solve crimes, but Richard Neave, a medical artist retired from The University of Manchester in England who has reconstructed dozens of famous faces, realized it could be used to shed new light on the appearance of Jesus.

First, reported Popular Mechanics, Neave found that Matthew’s description of Jesus indicated that his features were typical of Galilean Semites of the era, so Neave and his team acquired skulls from new Jerusalem.

“Special computer programs then evaluated reams of information about known measurements of the thickness of soft tissue at key areas on human faces. This made it possible to re-create the muscles and skin overlying a representative Semite skull.”

From this data, they built a 3-D reconstruction of the face and then created a cast of the skull. Layers of clay were applied, matching the data from the computer program, along with simulated skin. The team then modeled the nose, lips, and eyelids based on the shape of the underlying muscles.

While Jesus’s hair and coloration couldn’t be determined from the skull, the team examined drawings of men in the region found at various archaeological sites from before the Bible was compiled. Evidence from these drawings included the indication that Jesus had dark eyes and a beard. The team also came to the conclusion that Jesus had short hair.

While forensic depictions aren’t an exact science, this drawing is pretty close, said Alison Galloway, professor of anthropology at the University of California in Santa Cruz.

“In some cases the resemblance between the reconstruction and the actual individual can be uncanny. But in others there may be more resemblance with the other work of the same artist,” she said. “This is probably a lot closer to the truth than the work of many great masters.”

The Popular Mechanics article first appeared in January 2015, but has been recirculating after Esquire republished it on December 11.