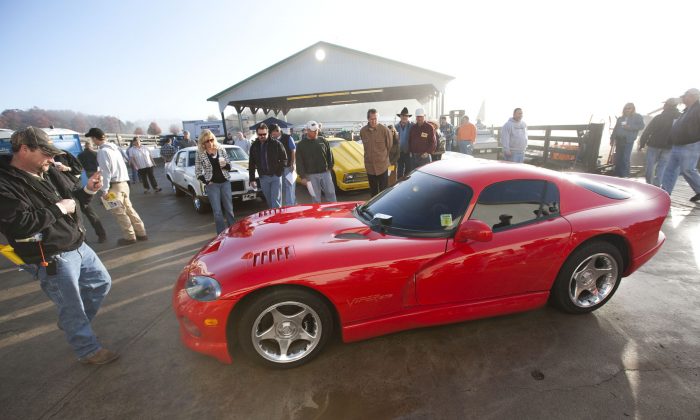 Vipers to be Crushed: First Dodge Vipers Ever Made Will be Destroyed

The first Dodge Vipers ever made will be crushed, the company announced.

The Viper #4 and 90 or so other early Vipers will be destroyed without the chance of moving them to a museum.

Chrysler says that the vehicles “have no significant historical value.”

“We definitely understand and appreciate the historical significance of the Viper. And, we are sure to maintain any of the legendary models and designs for historic purposes. It’s our heritage so of course we take great pride in preserving it. However, none of the vehicles at the schools fit into this category,” it said in a blog post.

And the vehicles were donated to various schools and programs for educational purposes only.

“As part of the donation process, it is routine, standard procedure — and stipulated in our agreements — that whenever vehicles are donated to institutions for education purposes that they are to be destroyed when they are no longer needed for their intended educational purposes. With advancements in automotive technology over the past decade, it is unlikely that these vehicles offer any educational value to students,” the company said in the blog post.

At least one of the places that the vehicles were donated to is fighting to keep it.

“Everybody wants their picture taken with the Viper,” Bob Riggin, a teacher at the college, told the Olympian. “This car belongs in a museum, not in a crusher.”

Norm Champan, who teaches automotive technology, said that the company told him that they’re going to destroy the vehicles because two “got loose” and were involved in a crash, which cost the company millions of dollars.