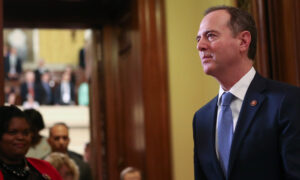 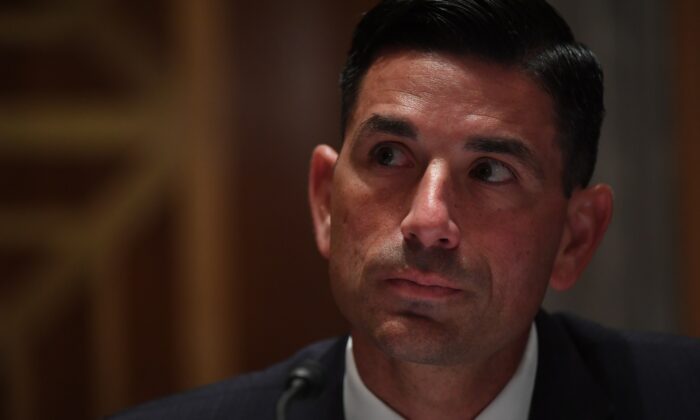 Violent Extremists Are Greatest Terror Threat Inside US: Department of Homeland Security

The primary terrorist threat inside the United States stems from violent extremists, the Department of Homeland Security (DHS) said in its first-ever “Homeland Threat Assessment.”

DHS officials said part of the primary threat are domestic violent extremists, or people operating primarily within the U.S. without direction or inspiration from foreign terrorist groups or other foreign powers, and homegrown violent extremists, or a person of any citizenship who has lived and/or operated primarily in the United States and who advocates, is engaged in, or is preparing to engage in ideologically-motivated terrorist activities.

These extremists have demonstrated over time the intent to target both racial and religious minorities, lawmakers, and people they think promote multi-culturalism and globalization at the expense of their identity, according to DHS officials.

White supremacist extremists were responsible for more terrorist attacks, nearly 40, posing a greater threat to life inside the United States from 2018 to 2019 than any other group, DHS said.

Acting DHS Secretary Chad Wolf said in the report’s introduction that he is “particularly concerned about white supremacist violent extremists who have been exceptionally lethal in their abhorrent targeted attacks in recent years.”

“I am proud of our work to prevent terrorizing tactics by domestic terrorists and violent extremists who seek to force ideological change in the United States through violence, death, and destruction,” he added.

Kyle Shideler, director and senior analyst for Homeland Security and Counterterrorism at the Center for Security Policy, told The Epoch Times via email that he disagrees with the approach used by DHS officials in determining the biggest threat inside the country.

“I disagree fundamentally with an approach that says that deaths in a given range of years represents the best way to determine which threat is the largest, particularly over a short time frame. Fortunately, lethal terror attacks in the United States remain (statistically) rare. That means figures are highly susceptible to being distorted by any single mass-casualty incident, as appears to be the case in this assessment,” he said.

“As you can see the three categories DHS includes in their chart reflect nearly the same number of attempts. Without specific case studies, we have no way of determining why white supremacist attacks had higher lethality than other violent extremists in these cases. It may be simply a matter of dumb luck that one attack killed more than another and not be reflective of either intent or capability.”

Terrorism databases have historically attributed, in some cases, non-terrorist violence such as domestic violence to white supremacists, he added, but with no case studies included in the report, it’s not clear if that was the case with the DHS report.

“The descriptor of ‘racially or ethnically motivated violent extremists’ is almost completely opaque. We can only presume from context that this refers to black separatist or black supremacist extremists such as those acting in support of Black Lives Matter,” Shideler wrote.

“It is also somewhat disconcerting that the DHS report attributes their motives to ‘social injustice’, which seems wholly inappropriate. Can it be any wonder that white supremacists are identified as the highest-ranking threat, when it appears to be the only threat that is permitted to be identified by name?”

DHS didn’t respond to a request for more information on the report methodology.

Besides white supremacy, another motivating force behind domestic terrorism is anti-government and anti-authority sentiment, according to the DHS report.

The violent extremists, sometimes influenced by anarchist ideology, have been linked to multiple plots and attacks, including attacks against law enforcement and government buildings. The ideology is exploited by hostile nation-states, which seek to promote it through disinformation campaigns.

These extremists have targeted otherwise peaceful protests and hijacked them for violent means, taking advantage of the large crowds to attack government officials, facilities, and counter-protesters, DHS officials said.

In the case of ongoing rioting in Portland, federal officers suffered over 300 injuries.

Members of the far-left, anarcho-communist group Antifa, as well as people who are part of the Black Lives Matter movement, have been involved in the unrest in Oregon’s largest city.

Other examples include rioting in the Brooklyn borough of New York City and Kenosha, Wisconsin.

“These increasingly pervasive incidents highlight the threat of anarchist violence that has accelerated in our cities in recent months,” the report states.

“But as we have witnessed over the last several months, the movements and the civil unrest we have seen here inside the U.S., while maybe not lethal, certainly have lasting implications to the homeland and do serve as a threat to the homeland.”

Foreign threats identified by the report include China, Russia, Iran, and North Korea.

The assessment was developed at the direction of former acting Secretary Kevin McAleenan.

In a strategic framework announcement in September 2019, McAleenan said the department, with the help of the FBI, would produce an annual product “that evaluates the strategic threat environment within the Homeland related to terrorism and targeted violence, and anticipates future or emerging threats.”