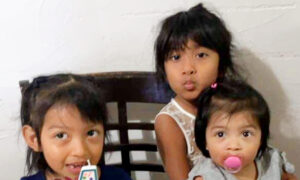 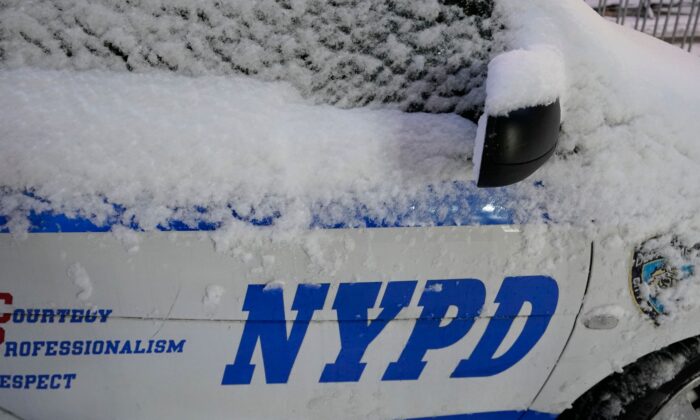 A NYPD police car is seen in the snow in New York, on Dec. 17, 2020. (Timothy A. Clary/AFP via Getty Images)
Crime and Incidents

Violent Crash Splits Car in Half, Kills 5 in NYC Suburb

YONKERS, N.Y.—A car speeding away from police Tuesday night in suburban New York City barreled into another car, splitting that vehicle in half and killing five people, officials said.

The 36-year-old driver of the speeding car and four 18-year-old men, who were ejected from the other vehicle, died in the crash. The fatal collision happened around 9:30 p.m. in Yonkers, Mayor Mike Spano and Police Commissioner John Mueller said.

Spano said the crash, on Riverdale Avenue near Culver Street in the Ludlow Park neighborhood, was “nothing short of tragic.”

“Four young lives were cut short by the recklessness of one individual,” Spano said in a statement. “Let this be a lesson to all who drive at excessive speeds—it not only puts your life at risk but also the innocent lives with whom you share the road.”

Spano and Mueller said minutes before the crash, officers attempted to stop the speeding car, a 2009 Infiniti, because it was being driven erratically. The car appeared to pull over, but then suddenly accelerated and took off down Riverdale Avenue at “beyond reckless speeds,” the officials said.

As officers followed, the Infiniti slammed into the car with the four 18-year-olds, a 2006 Nissan that was making a right turn onto Riverdale Avenue from Culver Street, causing “catastrophic damage to both vehicles,” Spano and Mueller said.

Wreckage was strewn across three blocks and Riverdale Avenue was closed for more than eight hours. Spano and Mueller said an investigation into the crash is ongoing.

Police identified the driver of the Infiniti as Devon Haywood, of Mount Vernon, and the four men in the Nissan as Brandon Sierra, Randy Brisbane, Tamari Watkins, and Anthony Cruz. They all lived in Yonkers.

WNBC reported that gas station security video showed a car speeding before it crashed into the vehicle occupied by the four men.

Maria Delgado, who lives in the area, told WABC-TV said she heard a loud noise and a man running and saying, “Oh my God, oh my God!”

She said she went outside and saw bodies and one of the cars split in half.