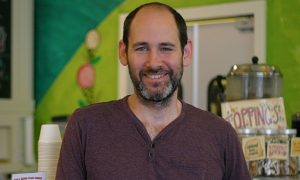 May Day protesters caused a ruckus in downtown Seattle on Tuesday, breaking the windows of several buildings, setting fires, and blocking traffic, according to local reports.

Protesters clad in all black with their faces covered used sticks to smash in windows of the Niketown complex and other buildings, including a Wells Fargo branch and the old federal courthouse, according to KIRO-TV. Cars, including a Porsche, were also broken into and their windows were smashed.

Some of the protesters harassed news photographers and some threw paint bombs at them, the Seattle Post-Intelligencer reported. Later, KTVB-TV reported that police were also seen on bikes and on foot, clad in riot gear in an attempt to move protesters away from businesses.

After windows were broken in several places, police fired tear-gas canisters at protesters to stop them, The Seattle Times reported. A police official told the newspaper that the damage done to downtown businesses amounts to “thousands of thousands” of dollars.