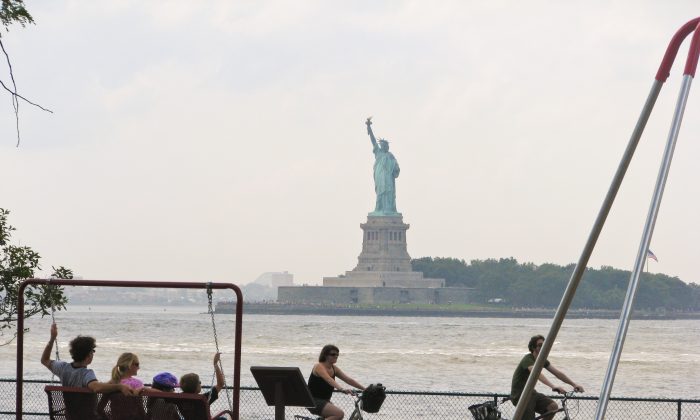 NEW YORK—Governors Island is already like a world unto itself, and this summer it will become even more magical with the addition of vintage French carousels and carnival attractions. The carousels, flying swings, pipe organ, and more, are circa late 19th and early 20th century treasures on loan from Francis Staub and Regis Masclet.

Some highlights of the collection include a late 19th-century bicycle carousel. The piece was made in Paris as an advertisement for bicycles at a time when they were a new way to get around. Another bicycle carousel appeared in the Woody Allen film, Midnight in Paris.

Other attractions will include an early 20th-century carnival game with life-size caricatures of Charlie Chaplin, Josephine Baker, and other famous faces of the era.

The 172-acre Governors Island is just 800 yards off the South Seaport coast of Manhattan in New York Harbor, and is accessible by free ferry boat.

The French treasures will be available every weekend from July 13 through September 29 for public use and viewing.