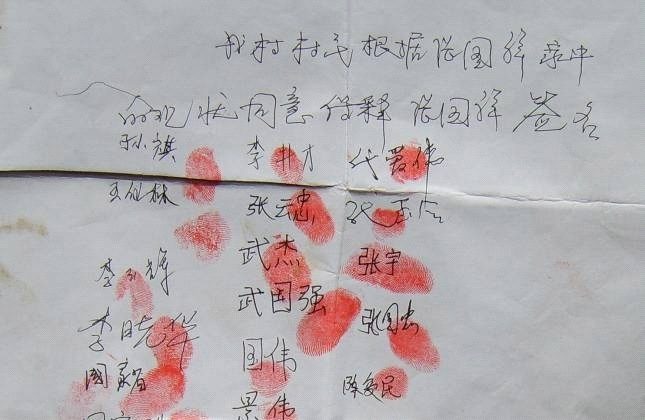 Villagers in the Chaoyang area of Liaoning province petitioned for the release of Zhang Guoxiang, a Falun Gong practitioner who was illegally detained for brainwashing sessions in October 2011, in addition to having his possessions confiscated. (The Epoch TImes)
China

Villagers in China Beginning to Strengthen Voice Against Regime

As Zhang Guoxiang languishes in a brainwashing facility while officials attempt to strip him of his spiritual belief, he is probably unaware that a whole village is risking all to free him.

Cases like Zhang’s are becoming more frequent in China, as people begin to cast off their fear of the regime and stand up for the oppressed and persecuted.

In a bold example of solidarity against authoritarian oppression, villagers in the Chaoyang area of Liaoning Province signed a petition requesting the release of fellow resident Zhang, a Falun Gong practitioner who was illegally detained by local authorities for his beliefs.

Zhang was arrested at his workplace in nearby Dalian City on June 29, 2011. He was repeatedly tortured at the local police station and his home ransacked. Plainclothes police took his laptop, bank card, cell phone, and other personal belongings, as well as a sum of 6,000 yuan (US$945).

On October 12, Zhang was transferred to the Fushunluotai Village brainwashing facility in Fushun City, Liaoning Province. He is detained there to this day.

His elderly mother, who is blind, was left with no one to take care of her.

Zhang’s nephew, Zhang Guobo, wrote a letter to the villagers, appealing for their help: “People who know my uncle all know that he is a good person … I hope all of you who are upright and kindhearted can help us, and help my uncle return home soon.”

Almost 40 villagers subsequently signed a petition requesting Zhang to be released and his money returned. The petition said Zhang was the sole provider for his family, so he should be released as soon as possible.

A week later, with the help of villagers, Zhang’s mother, nephew, and other relatives traveled to the National Security Brigade in Jinzhou District, Dalian City, to submit the signatures and stamped seals. In a small victory, most of the money was returned to the family. However, Zhang is still detained.

Cases like Zhang’s are popping up around the country. This week, The Epoch Times reported that nearly 300 villagers in Zhouguantun Village, Hebei Province, signed their names to demand the release of a Falun Gong practitioner who was arrested for having a Falun Gong compact disk in his home in February.

The significance of this particular appeal is that the villagers signed using their real names, their thumbprints, and a Party village committee stamp being placed on the petition.

Last year, villagers called for the release from jail of their friend, Zhou Xiangyang. Their letter said the guards and inmates who applied the “floor anchor” torture to him in Gangbei Prison should be investigated and dealt with according to the law.

Catherine Baber, Amnesty International’s deputy director for Asia, was quoted in a press release.
“This shows that the Chinese public is aware of and condemns persecution of people for their spiritual beliefs. It’s high time that the Chinese authorities heed this call and end their brutal suppression of the Falun Gong group,” she said.