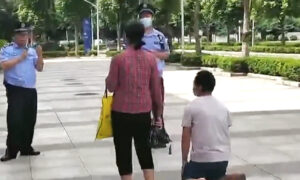 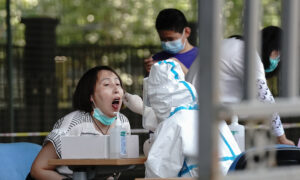 Starting in June 2019, Shandong Province vigorously promoted a village-merging campaign, planning to demolish 20% or more of 14,000 villages in the province this year. Under pressure from the government, some villagers committed suicide by taking pesticides.

On the evening of July 25, Mr. Li, a villager in Xinxing Town, Lanling County, Linyi City, Shandong Province, had his home forcibly torn down and was repeatedly summoned by the police for “illegal mining”. He tried to commit suicide by taking pesticides at the gate of Lanling County Public Security Bureau. He was later sent to the hospital and regained consciousness on the 26th.

Regarding Mr. Li’s experience, Ms. Lu from Shandong said that to put it bluntly, “merging villages and living together” is a means used by the government to solve financial problems, but the compensation it pays to the villagers is too low to be acceptable.