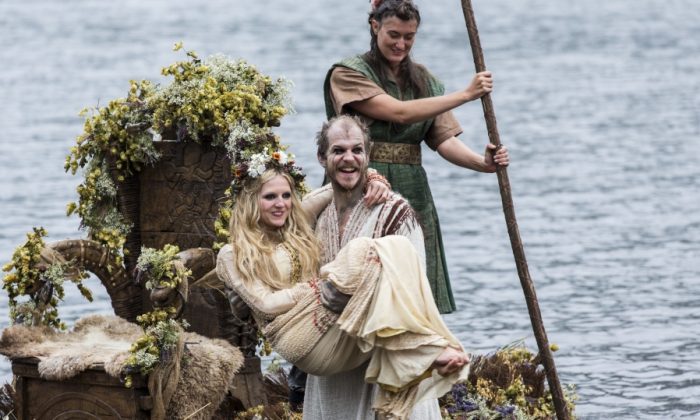 Just before the season’s end, “Vikings” is getting as intense as ever. Latest episode “Blood Eagle” which premiered on April 10 on History at 10 p.m. had Jarl of Kattegat conduct an execution known as ‘Blood Eagle’ on Jarl Borg.

Audience saw the executioner open Borg’s back with knives, then chop away ribs, pull out the lungs and lay them on Borg’s shoulders to make it look like the folded wings of an eagle, according to IBT.

In the episode, Helga and Floki get married, and Lagertha returned.

In “Boneless,” Princess Aslaug’s latest prophecy comes true, while Ragnar and Horik have very different ideas about the true purpose of their trip to Wessex, according to IMDb.

“The Choice” will show Ragnar’s warriors march to King Ecbert’s villa where they will be met with a vicious surprise.

The season’s finale “The Lord’s Prayer” has been set for Thursday May 1, 2014, but no synopsis has been published to date.

Production for the Season 3 of “Vikings” begins this summer, and the first episode will come out in 2015.