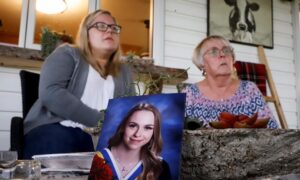 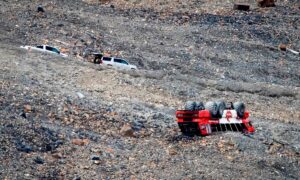 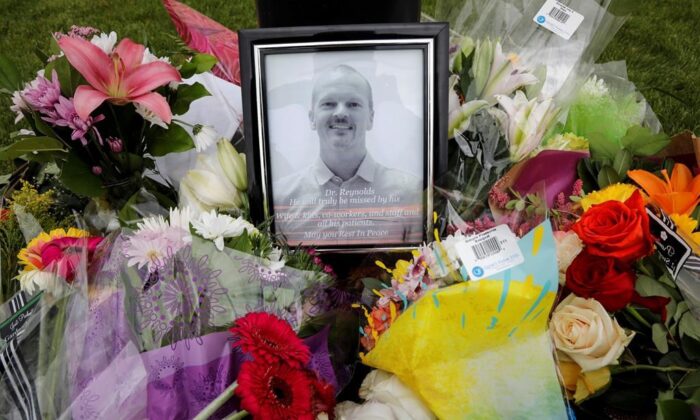 RED DEER, Alta.—Two vigils are planned tonight for a family doctor who was killed at a walk-in clinic in central Alberta earlier this week.

Dr. Walter Reynolds, a 45-year-old father of two girls, died in hospital after he was attacked Monday morning at the Village Mall clinic in Red Deer, Alta.

Deng Mabiour, who is 54, is charged with first-degree murder in the death of Reynolds, as well as assault with a weapon and assaulting a police officer.

Police have said Mabiour and Reynolds knew each other through the clinic, but did not say whether Mabiour was a patient.

One witness told media that she heard cries for help and a man in the clinic had a hammer and a machete.

The Alberta Medical Association, which is organizing the vigils in Red Deer and Edmonton, is asking doctors who attend to wear white lab coats or white clothing to honour Reynolds.

The clinic where Reynolds worked has described him as a devoted husband, father, and doctor who came to Canada from South Africa in 2003.

It says Reynolds and his wife, Anelia, first lived in Manitoba then moved to Red Deer in 2006.

“From the delivery room to the hospice, he dedicated himself 100 percent,” the Village Mall clinic said in a statement earlier this week.

“If there was a task at work that needed to be done, he would step up to the plate. If a patient needed help, he walked the extra mile … and then some.”

Reynolds and his wife were often seen jogging around the neighbourhood. He was an avid runner, often participating in marathons and mud races, the clinic said.

“If there was a campsite to explore, then they were there. Always exploring, always an adventure, always on the move … so full of life.”

A GoFundMe page was set up to raise funds for the education of Reynolds’ children. It reached more than $230,000 by Thursday afternoon.

Dr. Edward Ohanjanians said in an interview that Reynolds was “the best colleague I ever had.”

Reynolds founded the Village Mall clinic and took care of all of its shopping and scheduling, he said.

Ohanjanians was there when Reynolds was attacked. He said he was unable to talk about what happened.

“I witnessed the tragic death of my colleague and friend,” he said. “It’s a difficult time.”

The vigils, both scheduled for 7 p.m., are to take place outside Red Deer City Hall and Edmonton City Hall.