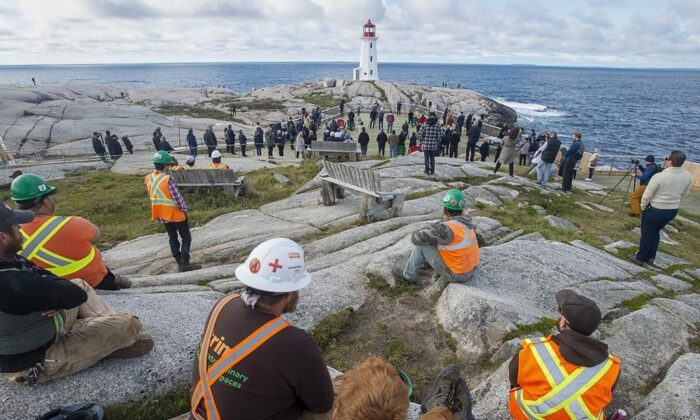 The 1,300-square-metre deck was designed to improve access to the site and, at times, prevent people from venturing onto the rocks when storms roll in.

The $3.1-million wood and concrete structure includes steel guardrails knitted together to look like fishing nets.

The event included a smudge ceremony and opening prayer by members of the Mi’kmaw Native Friendship Centre in Halifax.

More than 80 percent of the new platform sits over an old roadway.

The designers say it will be used to deter thrill-seekers from getting too close to the ocean when big waves start crashing into the cove’s bald rocks, but visitors will be free to roam the shoreline when weather permits.