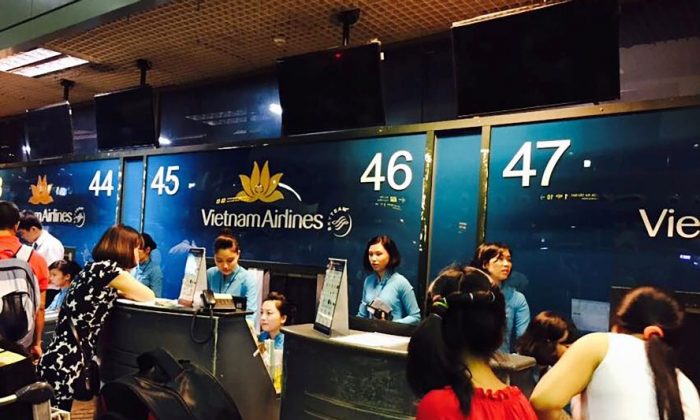 HANOI, Vietnam  — Screens displaying flight information and the public address system at Vietnam’s two major airports were hacked with derogatory messages against Vietnam and the Philippines in their territorial row against China in the South China Sea.

After the hacking Friday evening, authorities switched off the screens and the sound systems at Hanoi’s Noi Bai airport and the Tan Son Nhat airport in southern Ho Chi Minh City, the online VnExpress said.

The website of the national carrier, Vietnam Airlines, was also briefly hacked, it said.

The site quoted Vice Minister of Transport Nguyen Nhat as saying the incidents did not affect the security or air traffic control at the airports.

The messages and screenshots with derogatory remarks suggested they were purportedly left by Chinese hackers.

Earlier this month, an international tribunal issued a ruling in favor of the Philippines that invalidated China’ssweeping claims in the South China Sea. Vietnam also has overlapping claims to parts of the sea, which is rich in natural resources, and together with the Philippines has been a vocal critic of China.

The hacking came after China this week condemned an incident in which a border agent at the Ho Chi Minh City airport allegedly defaced a Chinese passport after images showed the words “f— you” scribbled twice over maps of the contested South China Sea.

Vietnam said it was investigating.