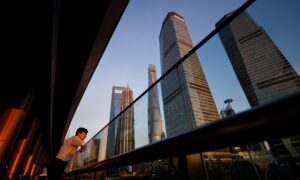 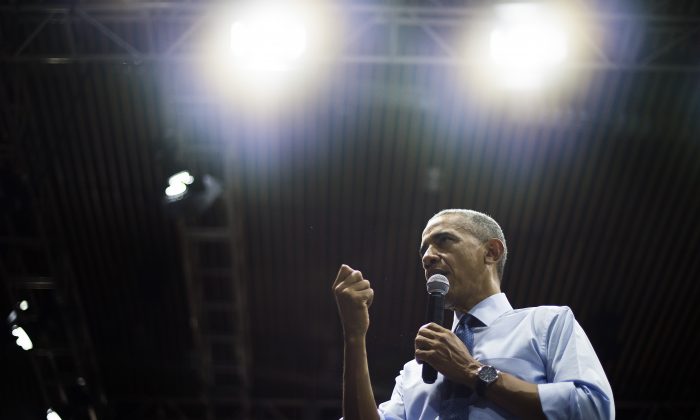 Vietnamese rapper Suboi dropped some lines for President Barack Obama during his visit to the Asian country on May 24.

Suboi, regarded as Vietnam’s “Queen of Rap,” was given the chance to ask the president a question in a town hall meeting.

She asked Obama about how a nation can help promote arts and culture.

“Before I answer your question, why don’t you give me a little rap, let’s see what you got,” Obama told Suboi.

“Come on. Do you need like a little beat?” he said as he beat boxed.

“In Vietnamese, of course,” Obama responded. “I won’t know what it means, but … just a short version, because I’ve got to get going. Go ahead.”

Suboi then went to give a taste of her rap talents accompanied by a crowd who supported her with an applause beat.

The president praised the catchy mini-rap, then asked her what she was saying.

“I was just talking about some people having a lot of money, having big houses. But actually, are they really happy?”

She then went on to address stereotypes and how people referred to female rappers as “cute girls.”

“For Vietnamese people it’s different, they think rapping is not for women,” said Suboi.

“Well that’s true in the United States too … there’s always been, sort of, sexism and gender stereotypes in the music industry, like every other part of life,” said President Obama.

The president then went on to answer her question, saying art teaches people to get into other’s heads and understand their hopes.

“We start realizing that we have more in common,” said Obama.

He then said that rap began as a form of expression for poor African-Americans, and has since spiraled into popularity worldwide.

“And imagine if at the time that rap was starting off that the government had said ‘no because some of the things you say are offensive or some of the lyrics are rude or you’re cursing too much,'” said Obama.

“That connection that we’ve seen now in hip-hop culture around the world wouldn’t exist. So you’ve got to let people express themselves. That’s part of what a modern 21st-century culture is all about,” he added.

However, Obama left one thing clear in Vietnam, which has been criticized for its lack of freedom of speech and human rights.

“If you try to suppress the arts then I think you are suppressing the deepest dreams and inspirations of the people,” said the president.

The president then said goodbye to the audience.

“I’ve got to go but this has been wonderful,” he said.

Obama will head to Japan next, where he will make a historic trip to Hiroshima.