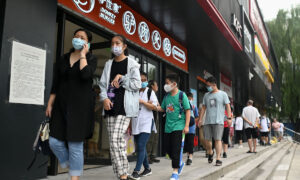 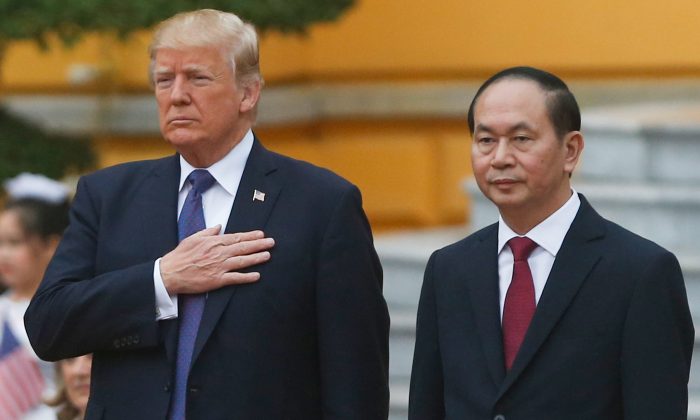 Amid worsening relations between China and the United States over trade and defense issues, Vietnam becomes part of the complicated conflict over the South China Sea. This was exacerbated by the sudden and mysterious death of Vietnamese president Tran Dai Quang in September. Many have speculated over the cause of Quang’s death, whether it was from an illness or an unnatural cause brought about by political struggle.

The meeting between U.S. Defense Secretary Jim Mattis and Vietnam Communist Party Secretary General Nguyen Phu Trong in the capital city of Hanoi on Oct. 16 aimed at strengthening ties between the United States and Vietnam, and countering China’s military assertiveness in the South China Sea.

Tran Dai Quang died on Sept. 21 at the age of 61. The Vietnamese Communist Party (VCP) officially claimed that he died from “a are and serious viral disease” at a military hospital in Hanoi, and the disease “could not be cured.”

Before Quang died, he disappeared from public view and his absence from important state events caused wide speculation. Many wondered if his disappearance was caused by a rare disease, from being toppled by political rival Party Secretary General  Trong, or from being poisoned while he was on a state visit in China last year, Asia Times reported on Sept. 21.

The Vietnamese regime’s attitude towards the top leader’s death was highly unusual for the communist country. Less than two hours after Quang passed away, the VCP officials immediately announced his death and provided information about the state funeral over official media—this move was unprecedented as detailed information of top leaders was always considered top secret in the VCP’s history.

Quang’s illness was shrouded in mystery. The VCP did not disclose the type of illness, only that it was “incurable.” State news media quoted government doctor Nguyen Quoc Trieu saying that Quang was diagnosed with an unknown illness in July 2017 and he had received six treatments in Japan.

The Japanese media alluded to possible causes of death.

Quang was diagnosed with the mysterious illness right after a summit visit in China from May 11 to 15, 2017.

After the visit, Quang stayed away from the public for one month since July 25, 2017, which many suspect was due to a health problem or a political struggle, the Nikkei Asian Review reported on Aug. 28, 2017.

The VCP left some important questions unanswered. Quang was in good health before he was diagnosed with a fatal disease. How was it possible for Quang to catch a deadly illness after his visit to China? Why did Quang go to Japan for medical treatment instead of neighboring communist China? The VCP leaders of the past have set a precedent for seeking medical treatment from China.

After Quang’s death, Party Secretary General Trong, 74, was nominated as the president and is expected to be approved by the National Assembly.

Vietnam expert Carl Thayer wrote in January that Quang was likely to be selected as general secretary if Trong retired before the end of his five-year term, reported the New York Times on Sept. 21.

Quang was regarded as pro-America and Trong pro-China. If Quang had not died and took the general secretary position from Trong, Vietnam would likely join the U.S. Indo-Pacific strategy and help curb the Chinese Communist Party’s expansion in the region.

The CCP is concerned that the Southeast Asian countries, such as India, Vietnam, and Taiwan, will join the U.S. Indo-Pacific strategy to contain China’s growing influence. The purpose of the U.S. Defense Minister’s visits to Vietnam this year is to strengthen military cooperation between the United States and Vietnam. However, Quang’s death makes the South China Sea situation uncertain.

Epoch Times staff member He Jian contributed to this report.