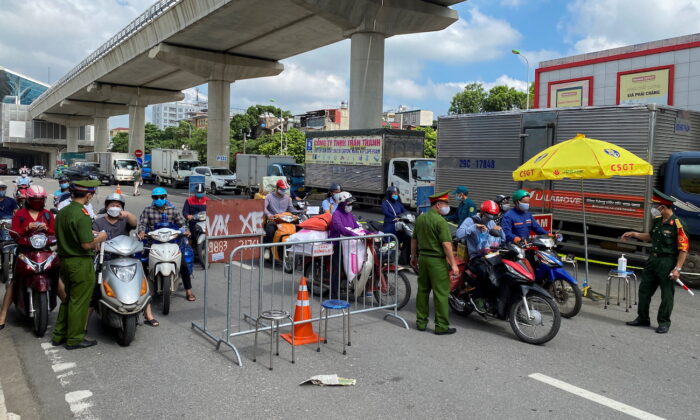 A Vietnamese man has been sentenced to five years in jail after a local court convicted him of breaking quarantine instructions and spreading the CCP virus to others.

Le Van Tri, 28, was convicted of “spreading dangerous infectious diseases” at a one-day trial on Sept. 6 at the people’s court of the southern province of Ca Mau, according to the state-run Vietnamese News Agency (VNA).

Tri traveled from Ho Chi Minh City to his home province of Ca Mau in July, and he was instructed on July 3 to quarantine for 21 days, according to VNA. He breached the quarantine restrictions and on July 7 he tested positive for COVID-19, the disease caused by the CCP (Chinese Communist Party) virus.

“Tri infected eight people, one of whom died due to the virus after one month of treatment,” the news agency said.

According to a report on the website of the ruling communist party’s provincial People’s Court, the one death occurred on Aug. 7, AFP reported.

Two other people in Vietnam have been sentenced on similar charges.

In July, a man was given 18 months in jail after he was convicted of illegally entering Vietnam from Laos and breaching quarantine rules.

In March, a flight attendant for Vietnam Airlines was given a two-year suspended jail term after she did not comply with quarantine rules and reportedly infected at least three other people.

Vietnam’s one-party state has imposed draconian measures in many parts of the country to curb the spread of the CCP virus, including targeted mass testing, contact tracing, tight border restrictions, and strict quarantine rules.

Since the start of the pandemic, Vietnam has had more than 536,000 CCP virus cases, with 13,385 deaths reportedly linked to the CCP virus, with the vast majority of such deaths in the past few months.

A climb in infections began in the country in late April, amid a global spread of the more contagious Delta variant.

In Hanoi, Vietnam’s capital, people have been ordered to stay home and cease all non-essential activities since July. The city has also been divided into “red,” “orange,” and “green” zones based on infection risk.

“People in quarantine camps, isolated areas, or in red areas will be tested three times per week,” city authorities said in a statement late on Monday, adding that people in other zones would be tested every five to seven days by either a PCR or rapid antigen test.

Phan Van Mai, chairman of Ho Chi Minh City, said on Monday in a live broadcast that some restaurants in safe zones would be allowed to reopen for takeaway and that city authorities would look to gradually reopen the economy.