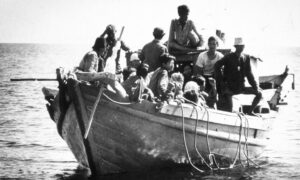 'It Felt Like You Were Reborn': Vietnamese Australians on Their Escape From Communism
0
Share Now
TelegramFacebookTweetEmailTellMeWeReddit
Copy Link 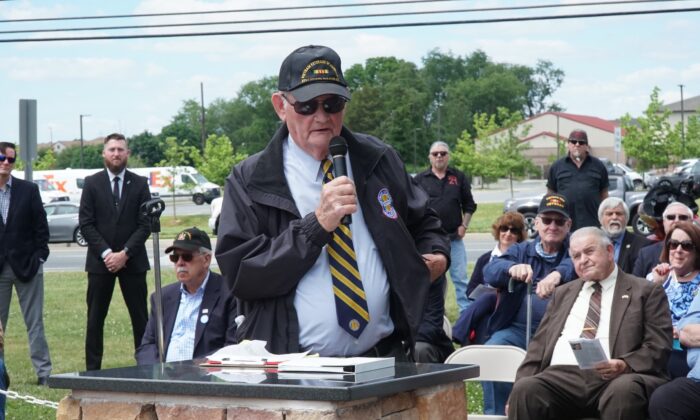 Although many have forgotten the reason, these two Vietnam veterans are still proud to have served in the Vietnam War to fight for their country. They spoke out in an effort to restore the true history of the Vietnam War and recall the past.

The Vietnam Veterans of America (VVA), Chapter 850, hosted its annual Memorial Day event to remember those who gave their lives for their country during the Vietnam War, and to honor Vietnam veterans and their families for their service and sacrifice.

At the Kent County Veterans Memorial Park in Delaware on May 31, two Vietnam veterans, Paul Davis and Joseph G. Startt Jr. expressed their hope that people “learn more about history.” They want people to understand the values underlying their patriotism, and also the importance of resisting socialism.

On Jan. 20, 1961, President John F. Kennedy in his Inaugural Address said: “Let every nation know, whether it wishes us well or ill, that we shall pay any price, bear any burden, meet any hardship, support any friend, oppose any foe to assure the survival and the success of liberty. This much we pledge—and more.”

Paul Davis, the president of the Delaware State Council for VVA and vice president of Chapter 850, said that day, “America is a country that embraces freedom: freedom of speech, freedom of religion. That’s why we survived.”

Davis, who served twice in Vietnam, considers the United States “one of the greatest countries in the world.”

“As evidence of that,” he said, “we lost millions of our soldiers who defend the Constitution, what we believe in. As we move on today, and we never want to forget about those, remember their families, the husband, brothers; they need our help and our support.”

He mentioned that those veterans who engaged in combat have not had an easy life. They have had to deal with the ordeals of war.

Davis served his first tour in Vietnam just after turning 20, working in the field of communications with the U.S. Army. He spent two years and seven days in Vietnam and returned home at the end of 1965.

“I’m very proud of what I’ve done. I did what my country asked me to do,” he said, adding that he was “very dedicated to the military.”

At the end of his speech at the Memorial Day event, Davis expressed his big concern for the future of the country: “This left-wing group wants to turn [the United States] into a socialist country. It is nonsense.”

He believes that Americans who understand the preciousness of liberty will fight for their country, way of life, and values, adding, “We’re going to fight for it again, a great Constitution.”

Davis said it’s of great important to preserve history by teaching history so that people can make the right decisions in the future, “because sometimes, history may repeat itself.”

“If you understand history, you might be able to avoid a second historical event. That’s why I support education.”

Joseph G. Startt Jr., the president of the Delaware Chapter 850 of VVA, also spoke that day. He told The Epoch Times: “I’m proud of what I’ve done. I’m proud to wear my uniform … And I’m happy that I served my country. And I would do it again.”

“I had a collapsed lung, blew my knuckle off, hit my neck, hit my arm, got a big hole in my back,” he said. Startt is now retired after working for the Air Force Base for 30 years.

The Vietnam War was the largest war in which the United States participated in after World War II, with nearly 3 million troops serving in Vietnam. During the Vietnam War, over 58,000 U.S. service members were killed. VVA was founded in 1978. It was chartered by Congress and is exclusively dedicated to Vietnam-era veterans and their families. Delaware Chapter 850 of VVA established the Kent County Veterans Memorial Park with Kent County Levy Court in 2009.

Startt expressed great concern about current trends, saying that some people know nothing about the Vietnam War.

“We went there to help. And I think we did a good job,” he said. “I think it should be taught in schools and have more memorials and stuff for the men and women that have died for us.”

Startt was happy to conduct the Memorial Day event: “I want to thank the men and women who gave their lives for us to be safe. We started this because it was nothing in Delaware at that time, and it’s just been a Godsend.”