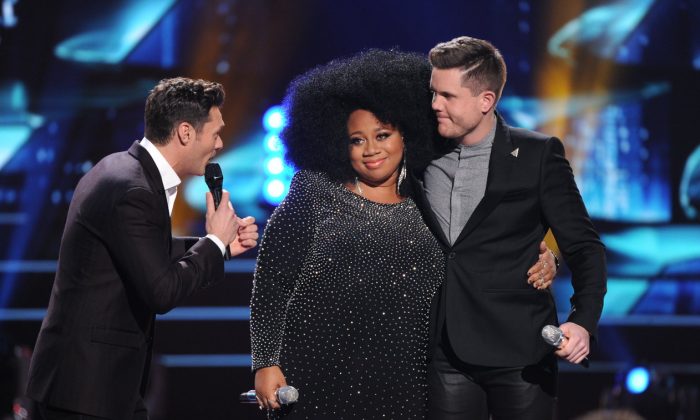 Millions of American hearts will be broken on April 7, when “American Idol” will air for the final time after a 15-year run.

Americans have been tuning in to vote for their favorites for a decade and a half. The show even amassed 132 million votes in 2012. That’s more than the 2012 American presidential election.

In honor of the industry-changing reality TV show, here are the five most memorable moments from the show’s 15-season history.

The time has come for the show that changed television to take it’s final bow… #IdolFinale pic.twitter.com/2LoaiaWSKY

During Season 3, William Hung, a civil engineering student at the University of California–Berkeley, auditioned for the show by performing Ricky Martin’s hit “She Bangs.” Although the Chinese-American 20-year-old was not selected for the 2004 season, he achieved international fame, a record deal, and numerous television and film appearances.

TMZ reports that Hung will make an appearance during the April 7, 2016, finale.

Since winning Season 1 of Idol, Kelly Clarkson has been a major music industry player. Her song entitled “A Moment Like This” holds the record for the biggest jump to number one on US Billboard Hot 100’s history. Yet, Clarkson wasn’t even considered a real contender for the 2002 competition until this performance of “Natural Woman.”

This next moment was what the sharp-tongued Cowell called the weirdest audition he had ever heard. Abdul, Randy, and Cowell couldn’t help cracking up during Steven Thoen’s Season 6 audition. The 27-year-old Seattle resident—who told the judges he was as good as Freddie Mercury—sang the beginning of Queen’s “Bohemian Rhapsody.“

Judge for yourself if Thoen lives up to the British pop icon.

Winner of 2005, Carrie Underwood, clucked like a chicken during her Season 3 audition. Her avian impersonation was almost better than her singing. “I could have just clucked my my way into ‘American Idol,'” the 21-year-old Oklahoman native joked. Underwood has gone on to be the most successful Idol winner, winning seven Grammys.