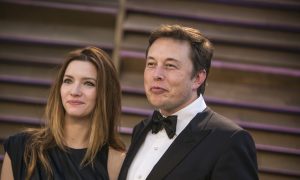 The autopilot of Tesla Model S vehicle saved a man from a side-on collision with a truck.

Elon Musk to Divorce for a Third Time

Uploaded to YouTube by Joshua Brown on April 5, the above video was shared on Twitter by Tesla Motors CEO Elon Musk on April 17.

Tessy had already moved to the right to avoid the collision.
— Joshua Brown, driver

According to Brown, he was driving along the interstate when a “boom lift truck” merged onto the road way. The truck’s driver, it seems, did not see Brown in his Tesla Model S.

Owner video of Autopilot steering to avoid collision with a truckhttps://t.co/FZUAXSjlR7

Brown writes in the video’s caption that he himself did not see the truck, and that the Tesla’s autopilot was engaged when the truck began cutting into his lane.

To the sound of a Malcolm Gladwell audiobook, Brown’s dashboard camera captured the electric Tesla’s autopilot swerving to avoid an accident.

“You can see where I took over when there’s a little bit of blip in the steering,” said Brown, “Tessy had already moved to the right to avoid the collision.” Brown is very impressed with the vehicle’s collision avoidance and autopilot technology.

Really, with his Tesla Model S in general: “Hands down the best car I have ever owned,” Brown stated.

Early in April 2016, Tesla Motors unveiled their newest car, the Model 3. Pre-orders for the yet unbuilt vehicle are nearing 400,000. At the earliest, the Tesla Model 3 will roll out in late 2017.