Video: Some Gifts Are Absolutely Priceless
0 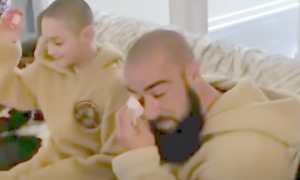 Boy Surprises Stepdad With Video Asking To Be Adopted
0 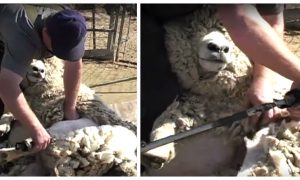 Video: How to Shear a Sheep
0 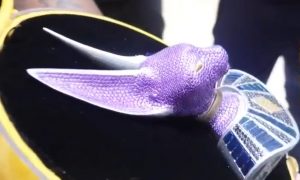 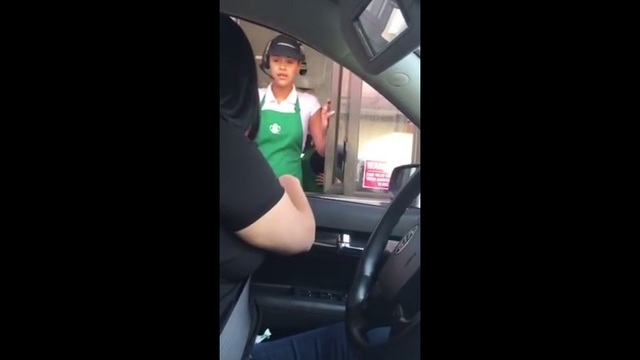 VIDEO: Starbucks Customer ‘Gets Even’ With Worker Who Allegedly Stole Her Credit Card Information

This video might make you think twice about where you use your credit or debit card.

A California woman, in a profanity-laced video, confronted a Starbucks cashier who apparently stole her identity at work. Here’s the video (WARNING: Contains strong language that might be offensive to some people):

The driver in the video, Juana Martinez, who spoke with the New York Daily News, immediately goes after the girl as she drove up to the drive-through window. She accused the girl of stealing her information on New Year’s Day.

Later, the cashier sheepishly admits that she took the card.

“I think this is a worse punishment, honestly,” Martinez said of the video going viral. “I think it’s more than enough that she’s all over the Internet. People will know who she is.”

The teen cashier, identified as “Chanel,” is seen greeting Martinez with a smile before Martinez goes into a rage.

“So we got you on camera yesterday at Ralph’s for $212,” the woman tells the cashier. “They recorded your [expletive] and everything, you took a copy of my [expletive] card on New Year’s Day, you know what you did!”

The cashier then comes clean and admitted to taking the card’s numbers while Martinez took her order.

Martinez told the Daily News that she filed charges and turned over the video as evidence.

“Everyone deserves a second chance, hopefully she learns from this,” Martinez said. “That’s the moral of the story. You can’t go stealing people’s credit card information without consequences.”