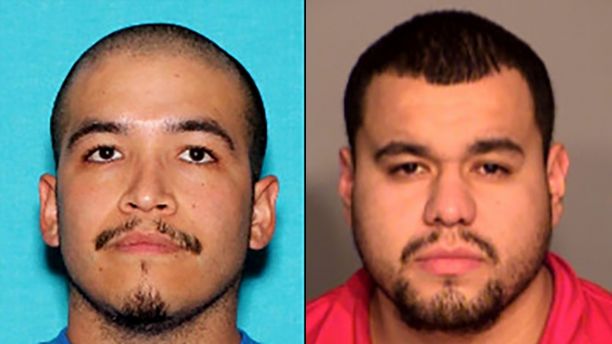 Body camera footage shows a Las Vegas Metro police officer chasing suspects in his cruiser while shooting out of his car’s front windshield.

According to the Las Vegas Review-Journal on Monday, the footage shows officer William Umana following Fidel Miranda, 22, and Rene Nunez, 30.

One of the suspects was killed after he tried to flee on foot, authorities say. The other was wounded and taken into custody. pic.twitter.com/5PVibIRUS4

He could be heard yelling “shots fired” several times into his police radio. Another police car joined the chase, and Umana issued a warning to the officer to stay back. The second officer’s cruiser was hit by bullets several times, Metropolitan Police Department Assistant Sheriff Tim Kelly said on Monday, according to the Review-Journal.

Umana, 43, then fired shots through his windshield and through his open window, the paper reported.

Fox5 in Las Vegas reported that the officer-involved shooting left one suspect injured and another dead.

The incident started about two hours after a man was shot dead near Eastern and Owens streets, and an officer tried to stop the suspect’s vehicle, but they wouldn’t comply.

The suspects traded at least 60 shots with police during the police pursuit, Fox News reported. The chase ended when the suspects crashed their vehicle into an elementary school.

Nunez escaped the vehicle and attempted to run upstairs into the school, but the door was locked, Kelly told Fox.

Miranda then moved the SUV toward the officer’s cruiser, according to the Fox report. Police fired at Miranda, and he later died at the scene.

“In my opinion, they show a level of bravery, professionalism, heroics, that we come to expect of our officers,” Kelly said, Fox reported. “The officer could have backed off but he didn’t, he stuck with that individual knowing what type of individual he was dealing with.”

He said that the video “paints a picture of the dangers these officers dealt with that day.”