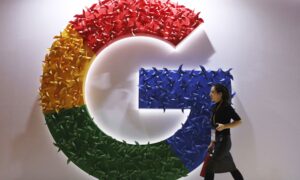 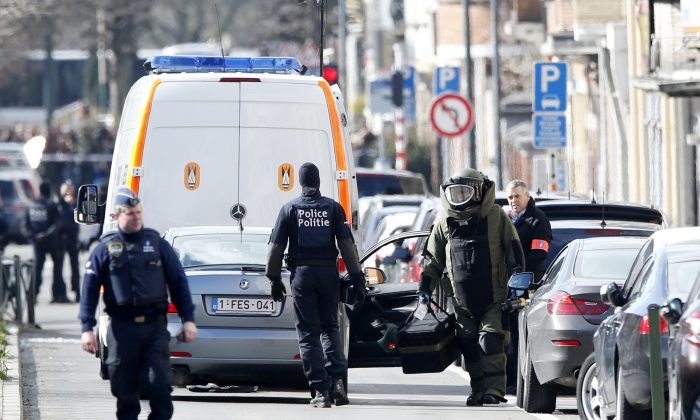 An man carrying a bag of explosive material has been injured and arrested during a raid in the Schaerbeek district in Brussels.

Witnesses said they heard blasts and shots from heavy weapons during the police operation on March 25. Belgian prosecutors said three suspects were detained in counter-terrorism raids—two of the suspects were shot in the leg.

According to Belgian state broadcaster RTBF, the district mayor, Bernard Clerfayt, said the person that was apprehended in Schaerbeek was connected to the Brussels attacks on March 22, and a previous arrest in France.

A video shows officials approaching an individual lying injured on broken glass, while they escort a woman away from him.

Afterwards, another video shows an explosive-detecting robot getting closer to the individual.

In another clip, police are shown grabbing the individual and dragging him into a car.

The area, where a tram passes through, was blocked off while an explosives robot and investigators combed the scene. About 50 officers were involved in the raid.

According to Mashable, a 14-year-old girl was in a shop across the street from where the raid took place with her cousin. After hearing gunfire, the girl, her cousin, and other customers hid in the basement and stayed there for an hour.

“First we saw the police coming with a big shot gun,” said the 14-year-old.

“Then we heard shots so we were super scared and went to the basement,” she added.

She said that after she went back upstairs she saw a man on the tram tracks who was holding a bag.

Another witness, Louise Roger, also saw the individual on the tracks.

“He couldn’t walk, he couldn’t, I think he stayed on the ground. He was on the tracks,” Roger told Mashable.

2 New York Siblings Are Among the Dead in Brussels Attacks

“There were the two gunshots; I heard a young girl screaming, and the police said, ‘Leave her. Go,'” added Roger.

The raid comes days after suicide bombers detonated bombs in the Brussels airport and metro system. The attacks killed 31 people and injured 270. ISIS claimed responsibility for the blasts shortly after.