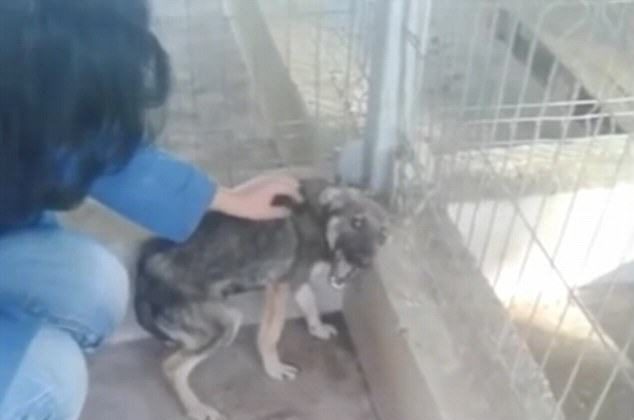 A video shows the moment an abused dog who was rescued was stroked for the first time.

The clip was uploaded on YouTube, and it shows a puppy named Priscilla at a shelter in Breasta-Craoiva, Romania.

The animal was described as an “abused dog” but no more information was given out, reported The Independent.

As soon as a woman goes to pet the dog, the dog’s fear of humans is palpable.

However, the woman calmly strokes Priscilla, and the dog calms down and appears to relax.

The video later shows the dog outside walking in a park, playing with another dog.

The YouTube video has been watched around 1 million times.