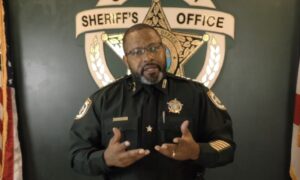 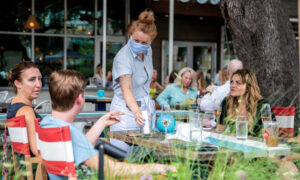 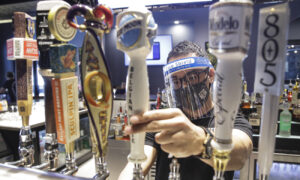 Video footage from New York state showed a helicopter on fire after it crashed on Oct. 30, killing two people.

The crash happened in Beekmantown after the helicopter, flying between 65 and 80 feet off the ground, became entangled in utility wires, reported WCAX.

The four people inside, contractors who were working on the power lines, jumped from the burning chopper from the height of the power poles, about 40 feet off the ground.

“They jumped out,” a witness told the Plattsburgh Press-Republican. “It was either jump out or burn to death.”

The witness, who works at a nearby garage, rushed over to drag the people from the burning wreckage with the help of nearby farmers who had also rushed over.

The helicopter came crashing down less than 10 minutes later.

Bystander Heather Porter was driving on a nearby road when the crash happened.

She realized what had happened as she got closer.

“I saw something off in the distance kind of smoking, thought maybe it was a transformer that had blown up or something, but as I kept coming up on it, bigger flames,” she told Fox 44.

“As I got closer, I could tell it was something else, but you could see people down in the field doing CPR and the victims and everything.”

Per hospital spokesperson: one person confirmed dead in Beekmantown helicopter crash. Three others taken to hospital. It was a NYSEG helicopter that crashed. #ny @BatesReports will have the latest from the scene. pic.twitter.com/3JUIpAKnfc

Pictures from the scene near Burke Road in Beekmantown where a helicopter crashed around 4:15 this afternoon. One person confirmed dead, another in critical condition. Follow @WVNYWFFF for the latest updates. pic.twitter.com/aQDBju8YZ1

The New York State Police said in a statement that it was investigating the crash and that the helicopter was owned by Catalyst Aviation, LLC of Hammonton, New Jersey.

“Using the most advanced technologies available, Catalyst Aviation’s equipment and personnel are trusted by some of the nation’s top energy providers,” according to the company’s website.

The police had been in contact with the Federal Aviation Administration and the National Transportation Safety Board.

A New York Power Authority spokesman told WCAX that the four crew members worked for Northline Utilities, a contracting company that inspects and maintains power lines. The two injured contractors were treated and released from the hospital.