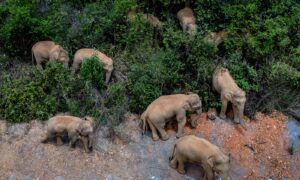 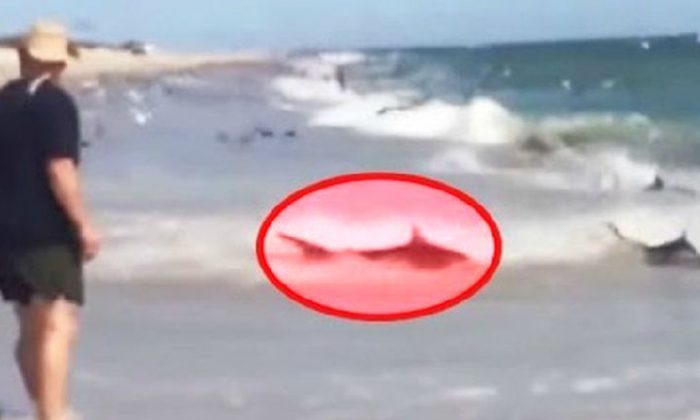 A few beach-goers witnessed an incredible scene at a North Carolina shore a few years ago.

They were at it for at least 5 minutes.

According to the uploader:

For more than five minutes, the sharks were observed swimming in and out of the surf, some of which became beached in the fury. Donnie Griggs, the cameraman who captured the footage, is an avid waterman who spearfishes, dives, swims and surfs at Cape Lookout often. We want it to be clear that Cape Lookout and the surrounding beaches of Eastern North Carolina are extremely safe for swimming. The presence of these sharks and large schools of fish is actually a sign of a very healthy ecosystem.

A feeding-frenzy takes place when predators in the wild overwhelmed by the amount of prey available. For example, a large school of fish can cause nearby sharks to enter a frenzy. The term is most often used when referring to sharks or piranhas.