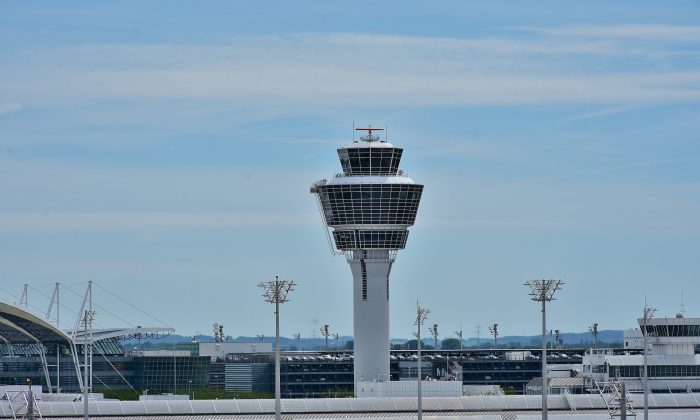 Authorities released new details about a baby who was abandoned at Tucson International Airport in Arizona on Jan. 14.

Tucson Airport Authority police said the newborn was found by an employee in the women’s bathroom near the car rental counters at 9:30 p.m., reported ABC15. The baby was left cleaned and wrapped up on the changing table.

Surveillance video released by the authorities show a woman who authorities believe to be the mother walking through the airport with a covered bundle in her arms.

The woman has dark hair, and was wearing a black jacket and tights was she was held a blue bundle apparently walking towards a bathroom.

KVOA reports that police believe the woman first took the baby to a bathroom near the baggage claim to clean him up. She then took him to another bathroom and left him on the change table with a handwritten note.

The note said the following:

“Please help me, my mom had no idea she was pregnant. She is unable and unfit to take care of me. Please get me to the authorities so they can find me a good home. I just want what is best for him and that is not me. Please. I’m sorry.”

The baby is now in the care of Arizona Department of Child Safety, KVOA reports.