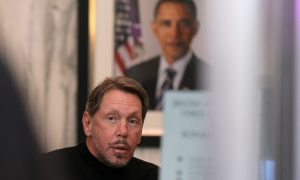 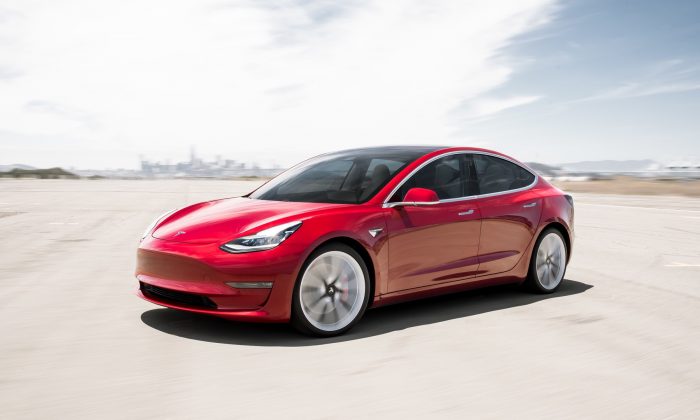 A man was captured “straight snoozing” while driving 75 mph on the highway, apparently letting his Tesla car drive for him.

Seth Blake, a musician, posted the video on Twitter on March 5, saying, “Dude is straight snoozing going 75 mph on the interstate, letting his @Tesla do the work.”

The video shows a man leaning back in his seat while his face is turned in an upward angle away from the road.

Dude is straight snoozing going 75mph on the interstate, letting his @Tesla do the work. 😳😴 pic.twitter.com/RQD2LBSnGh

“We eventually lost him, but he was asleep pretty much the whole time. I saw him open his eyes once to look around, but he quickly dozed back to sleep,” he added.

Fox reported that the driver was behind the wheel of a Tesla Model 3 in Los Angeles, adding that his hand was on the steering wheel.

It’s not clear if the man was sleeping, and Tesla has not issued a statement on the matter.

The Model 3 has an autopilot feature that is capable of steering the car within a lane and braking for other vehicles. The driver has to have a hand on the steering wheel for the function to work.

“If you agree to enable the trial, all Autopilot features, except Navigate on Autopilot (Beta), will immediately be activated. Please only enable these features if you will pay attention to the road, keep your hands on the steering wheel and be prepared to take over at all times,” says Telsa’s website about the feature.

It adds that autopilot is merely a “driver assistance feature,” and it doesn’t make the car self-driving.

The person in the passenger seat recorded this video, but nice try 🌞

Blake, meanwhile, clarified that a person in the passenger seat was recording the video, not him.

Telsa confirmed in 2018 that a car that crashed and killed a driver was running on autopilot that same year.

Tesla has said a car that crashed in California last week, killing its driver, was operating on Autopilot.

In a statement, Tesla said the driver of the Model X that crashed in Mountain View, identified as Wei Huang, “had received several visual and one audible hands-on warning earlier in the drive and the driver’s hands were not detected on the wheel for six seconds prior to the collision.”

“The driver had about five seconds and 150 meters of unobstructed view of the concrete divider … but the vehicle logs show that no action was taken,” Telsa said.

Tesla noted that autopilot doesn’t prevent all accidents, but it makes driving safer.

“No one knows about the accidents that didn’t happen,” Tesla added, “only the ones that did. The consequences of the public not using Autopilot, because of an inaccurate belief that it is less safe, would be extremely severe.”

“There are about 1.25 million automotive deaths worldwide. If the current safety level of a Tesla vehicle were to be applied, it would mean about 900,000 lives saved per year,” the firm also wrote.