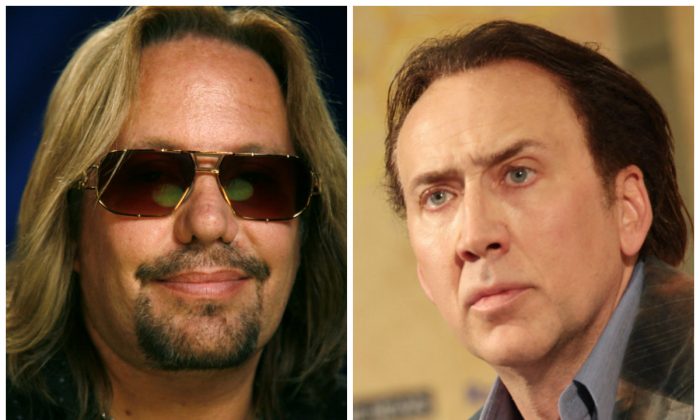 Actor Nicolas Cage and Motley Crue’s Vince Neil got into a fight that was caught on camera on April 7 in Las Vegas.

The altercation began when the “National Treasure” star tried to calm down Neil and put him in a car.

It all started because a woman asked Cage for an autograph outside the Aria hotel. The woman said Neil grabbed her from behind and pulled her to the ground, the Las Vegas Metropolitan Police told the NY Daily News.

The altercation began when the “National Treasure” star tried to calm down Neil and put him in a car, reported TMZ. In the video, Cage is seen yelling at Neil to stop as he restrains him with an arm around the neck.

The singer received a misdemeanor battery citation, according to the NY Daily News. He was not arrested or taken into custody. Neil faces a fine of up to $1,000 and/or six months in jail.

Both Cage and Neil have had run-ins with the law in the past. Cage was arrested for domestic abuse and for disturbing the peace in New Orleans  in 2011.

Neil was arrested for driving under the influence in 2010. A year later he was in trouble with the law again and pleaded guilty to a disorderly conduct misdemeanor.