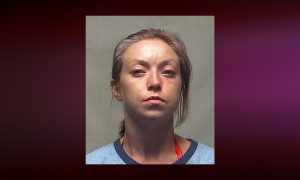 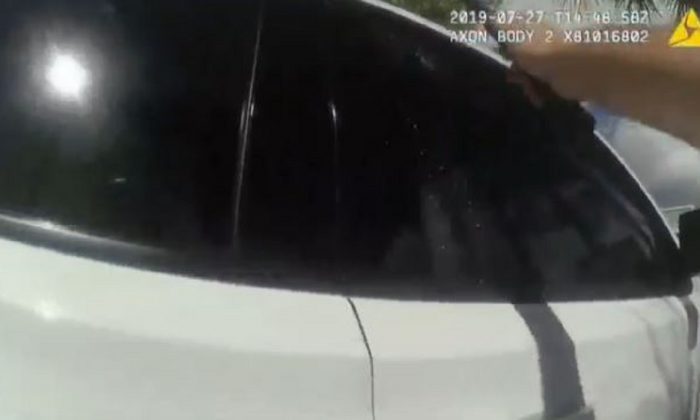 Newly released video footage shows a Florida police officer smashing a car window to save a baby who was accidentally trapped inside.

The girl’s mother, Christina Tufford, said that she mishandled her remote and locked the car with her keys inside. Her 10-month-old daughter was in the car, too.

“The A/C was running, but I knew I only had a matter of minutes before the vehicle shuts off,” Tufford told CBS 12.

She tried calling here expired Onstar service, and tried a tow truck driver, but neither could assist getting into the car immediately. Even the police officer who responded could not find the window punch tool he usually uses at times like this.  The situation became dire.

“She was kinda lifeless and you could see the sweat beating off of her,” Tufford noticed.

Kyle Osinga, the responding Stuart police officer, told WPTV, “I check on the kid a little bit later and the kid is not okay anymore. The head’s down and the eyes are closed. That’s when the adrenaline, that’s when I start to freak out.”

Osinga used his baton to try breaking the window, when a woman ran up with a window punch. He used it to shatter the glass.

The moment was captured on bodycam footage.

“Very lethargic, Wasn’t breathing good, I happened to have a whole thing of water bottles, poured water on her,” Tufford said.

According to Kids and Cars, 132 children died from nontraffic fatalities in 2018. Of those, 52 died from heatstroke. The data was for children 14 years old or younger.