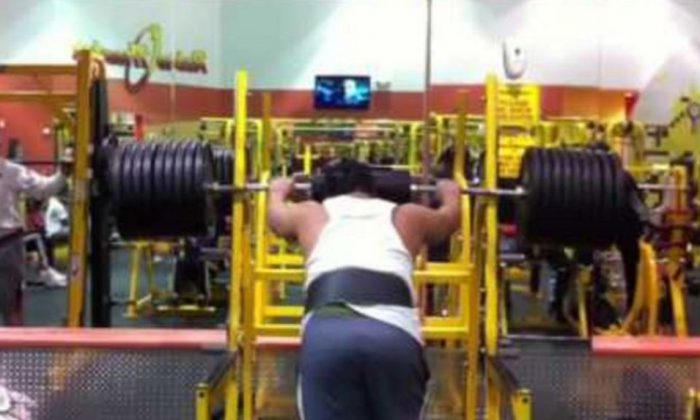 This video takes a while to build up, so to speak, but it should be taken in from beginning to end.

A man apparently tried to squat more than 800 pounds (which is incredibly dangerous and could have landed him in the hospital. If he locked the weights, it might have been even worse. Luckily, the weights just slide off)

The clip was uploaded earlier in the week to YouTube, and needless to say, many people were not impressed.

People like “[this guy] are the reason all the barbells in the gym are bent,” wrote one person.

It’s unclear where it was shot.