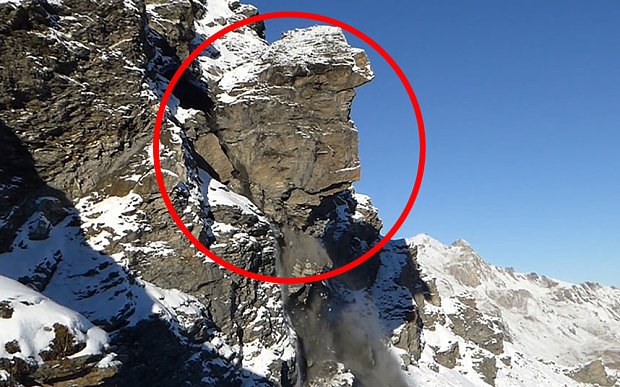 Around 70,000 cubic feet of the Swiss Alps plummeted 1,000 feet into a valley, and it was captured on video this week.

The event took place on Mel de la Niva, 9,000-foot-tall mountain, and generated an avalanche, according to The Telegraph.

The noise from the rock fall echoed around the valley.

The hamlet below the mountain was evacuated before the rocks fell. A nearby road had been shut down the day before.

The clip showing the collapse was uploaded to YouTube, and it has since gone viral.