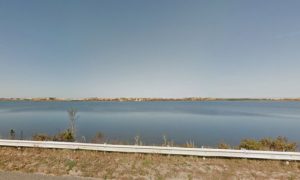 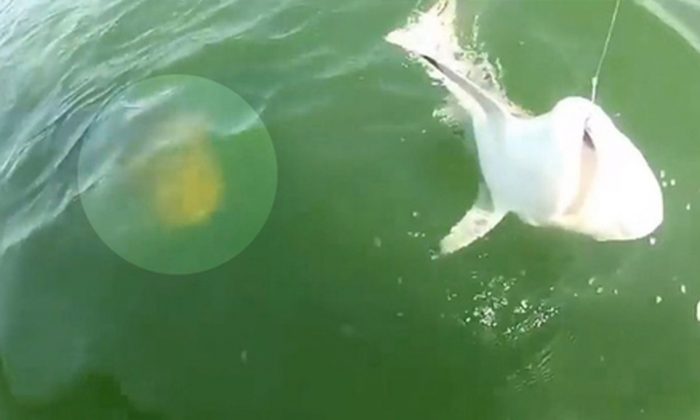 A grouper was filmed consuming a shark in one bite—that's right, in one gulp. (Break.com)
Trending

A grouper was filmed consuming a shark in one bite—that’s right, in one gulp.

The blacktip shark was only four feet in length.

The predator was identified as an Atlantic goliath grouper, which can weigh as much as 790 pounds and can grow up to 8.2 feet in length.

The fishermen hooked the shark off the coast of Bonita Springs, Florida, several years ago before the grouper took over.

As Business Insider noted, goliath groupers are known to stalk and ambush divers.

Near Everglades City, Florida, in 2018, a goliath grouper ate an entire shark.

Captain Jimmy Wheeler with Everglades Fishing Company said that someone in his group caught a 3-foot-long shark. As they reeled it in, a shadowy figure appeared in the water.

Then, it swallowed the shark.

“Watch this. You guys are going to freak out,” Wheeler warned, Fox News reported.

“He just sucked it in,” Michelle Wheeler recalled to Fox News. “I don’t remember ever seeing anything this crazy.”

“That same grouper later swallowed a stingray — or manta ray,” Michelle added. “[Goliath groupers] have become a nuisance, according to a lot of fishermen. They’re eating everything.”

No one would have believed this fisherman’s tale if he hadn’t caught it on video.

An estimated 552-pound goliath grouper was caught off the coast of Florida. Jon Black wrestled the 7-foot fish out of the water while still somehow managing to stay in his kayak.

The fish broke Black’s rod, but it was reported that he was still able to have it measured before releasing it.

Despite this grouper’s massive size, it didn’t break a world record. That record actually belongs to a 680-pounder caught, also in Florida, in 1961.

Black owns Crazy Lure Bait & Tackle Shop in Cape Coral, Florida. His company says that could be the first time a kayaker in Florida has caught a goliath grouper. So Black could still hold the unofficial record for largest grouper caught in a kayak.