Video: Gargantuan Spider Seen Climbing Inside a Mazda in Australia 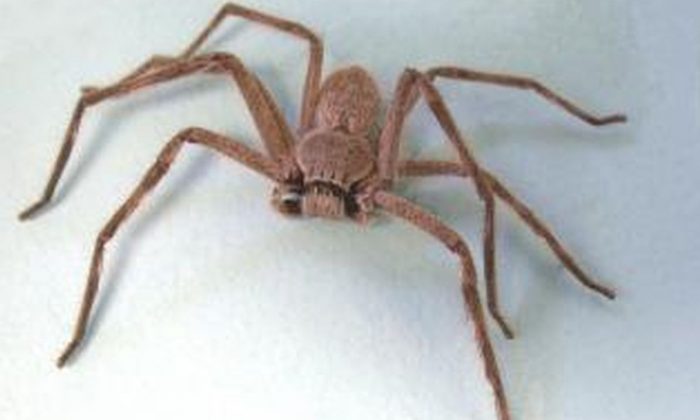 A driver filmed a gargantuan spider climbing inside another vehicle as he was stuck in traffic.

The clip, filmed in Adelaide, Australia, shows the spider crawling into the trunk of the Mazda hatchback. It was uploaded to Instagram, where it has been viewed tens of thousands of times.

Autoblog reported joking that “no amount of research and development, advanced technology, or automation can stop the sinister motives of a gigantic spider. This video proves it.”

The brownish-colored, long-legged spider can be seen walking across the Mazda CX-5 before going inside the rear hatch.

According to the website, the CX-5 has no opening to get inside the cabin on the vehicle, meaning that the people inside the car should be fine.

“At least, until they’re at the grocery store, need to put their Weet-Bix into the trunk, open the hatch, and the blood-sucking spider launches its attack,” the site says.

Posted by Autoblog on Wednesday, 6 March 2019

Some identified the large spider as a huntsman.

According to comments on social media, the video triggered arachnophobia in users.

‘Road trip!’ Giant huntsman spider is seen crawling into a driver’s car through a tiny gap in the door ~…

“The scariest kind of hitchhiker,” another said.

“The spider is owner of the car now, those are the rules,” wrote one person. “You can tell this is in Australia,” another chimed in.

Several weeks ago, what appears to be a huntsman spider could be seen slipping into a car’s door gap in Australia.

It’s not clear where the video was shot.

Several years ago, a woman filmed a huntsman spider clinging to the roof of her car as she drove home.

Reports at the time said the woman, Bianca Merrick, had a 20 minute drive home with the spider trapped in the vehicle.

When she got home, according to the New York Post, she exited her car and locked the door. Upon returning the next morning, the arachnid was gone.

Huntsman spiders’ bodies can get to be as large as about 1 inch in size while their legs can reach 6.2 inches in length, according to the Australian Museum.

“Huntsman spiders of many species sometimes enter houses. They are also notorious for entering cars, and being found hiding behind sun visors or running across the dashboard,” the website says, adding they’re widely distributed in Australia.

Even though the spiders’ size is daunting, their bite is “low risk” and non-toxic to humans, Spiders.com.au says.

“They are non-aggressive spiders but, a large individual can give a painful bite,” the site says, adding to beware in the summer.

Next time one scuttles out from beneath your sun visor, don't panic – just smile patriotically.

One researcher described them as “big and fast.”

“Huntsmen are big spiders. There are a few relatively small Aussie species, such as the tiny (non-endemic) amazingly camouflaged lichen spider (Pandercetes gracilis). But many of the endemics are sizeable animals that can weigh 1-2 grams and may be as big as the palm of your hand,” they said in Australian Geographic.

“The world’s second largest species, the massive Golden Huntsman (Beregama aurea) from tropical Queensland, weighs over 5.5 grams. An adult’s forelegs may stretch 15cm, and they lay egg sacs the size of golf balls.”