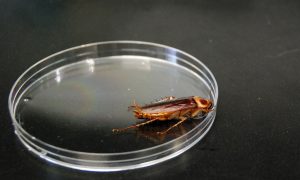 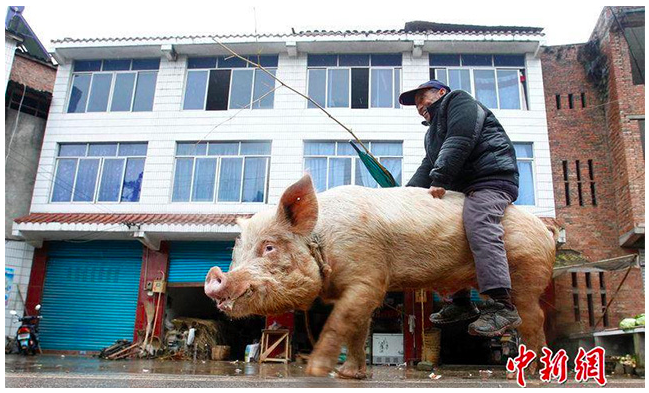 Farmer Jiang Chengyou rides uses one of his pigs to get around town, after he fell sick a few months ago, and became unable to walk long distances. (Screenshot/China News)
China

A pig farmer in Chongqing has taken to riding a huge hog into town, after falling sick a few months ago.

Jiang Chengyou, 68, and his 3-year-old pig can be seen traveling the streets of Huilong village, where the pair have become a local feature, Chongqing Evening News reported.

He has farmed pigs for three decades. His ride is a particularly large beast at nearly 3 feet tall, and weighing over 550 pounds.

Jiang recently contracted bronchitis, and became unable to walk long distances. He came up with the idea of using a pig to get around, but did not expect it to be so comfortable.

“Riding my pig saves me a lot of energy and is also quite fun,” Jiang told the media.

The farmer and his grunting vehicle travel to town whatever the weather; Jiang just brings an umbrella when it rains.

The hog seems happy enough to go for a trot, and gets treats along the way, like lettuce and other food scraps.