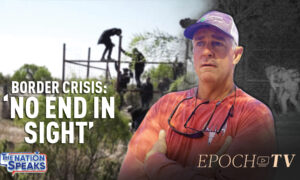 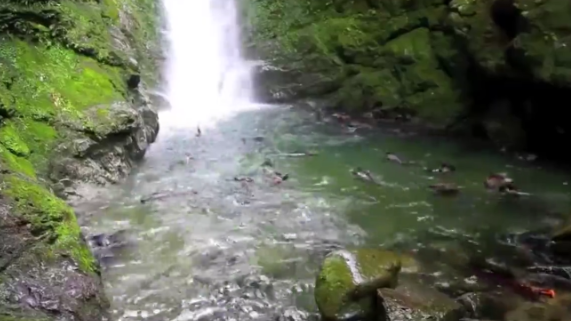 Video: Does This Waterfall Have Fish or Something Else?

At first glance, the pool at the base of the waterfall looks full of fish. But after the camera zooms in?

Turns out the fish are actually baby seals, which enjoy swimming in the churning water.

These are baby seals just north of Kaikoura on the South Island of New Zealand at the Ohau Point Seal Colony. Every winter the babies swim up a river and spend the day playing in a waterfall. They only need to feed every two days, so they just hang out and play while their mums and dads hunt. Video: Paul Boocock/ The Factory http://on.fb.me/1CPr6v0

While some swim around, others sunbathe on the surrounding rocks north of Kaikoura at the South Island of New Zealand.

“Most of the seal pups found here were born during [November] and [December] and make their way up the Ohau stream to a waterfall pool in mid April,” according to New Zealand’s official website.

“They use their time in the stream to mature, grow and learn how to become ‘Seals.’ Once winter ends they make their way to the sea to learn to hunt and survive on their own.”

The area is privately owned, but the owners worked with the government to make it a tourist attraction called Ohau Point Seal Colony.

Visitors should go between May and October to see the incredible phenomenon.

As the website notes: “The most amazing part of this is how close and unobstructed you can interact with them.”