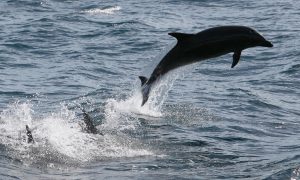 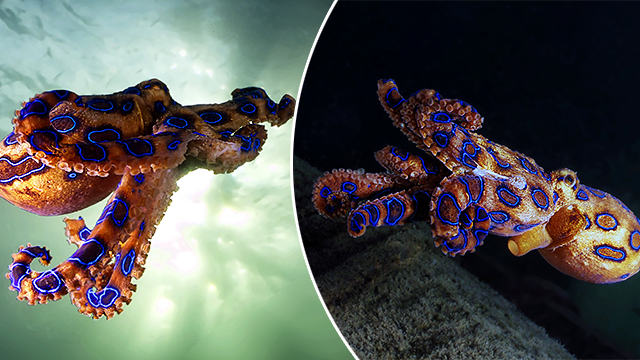 The southern blue-ringed octopus is mesmerizing in its beauty.

Don’t get too attached, though. The venom in the cephalopod is strong enough to cause respiratory failure in a human with just one bite—and this is an octopus that isn’t afraid to lash out if it feels threatened.

These deadly but beautiful creatures live in tide pools and coral reefs, where humans sometimes spot them during adventurous dives and forays under the waves around the Pacific and Indian Oceans.

For those who aren’t particularly willing to head out on their own for a glimpse, though, National Geographic shared a video taken of the impressive and terrifying ocean dwellers on social media this month—both attracting attention and reminding viewers just how deadly and venomous the octopus can be.

One of four incredibly venomous species of octopuses found in Oceania, this blue-ringed octopus was filmed near the coast of Kiama, a town in New South Wales, Australia.

At first glimpse, the octopus doesn’t appear altogether threatening. This particular species typically doesn’t even reach a foot in length, and the vibrant blue rings only appear on the surface of their skin when they’ve been provoked. They vanish once the octopus stops engaging its muscles, leaving the miniature creature to nearly blend in with the coral of the reef.

Even the rings themselves can look more beautiful than terrifying, to boot. They glow like there’s a light within the octopus, making their bodies look like something out of a gorgeously drawn cartoon.

This docile appearance is deceiving, though. Despite primarily feeding on small crustaceans out in the tide pools, they aren’t afraid to attack humans if provoked; there have been, according to National Geographic, three deaths attributed to the octopuses in Australia alone.

Its bright, flashy appearance is common trait of ocean-dwelling creatures, in fact. Like insects and snakes with brightly-colored armor, the fish and other sea creatures that boast vibrant appearances tend to be the most deadly; while there are always some species that mimic the venomous warnings to keep predators at bay, it’s always safer to stay away from anything that stands out brightly under the waves.

Southern blue-ringed octopuses only reach lengths of 8-10 inches, but they have extremely potent venom that can be strong enough to kill a person. https://t.co/toy3rknZiZ pic.twitter.com/7sPQ0bieec

Southern blue-ringed octopuses aren’t only beautiful, but also tiny! These little cephalopods reach lengths (including the arms) of only 8-10 inches. pic.twitter.com/iRfzJS5F6m

As oceanographer Jenny Hofmeister explains, though, there’s an easy enough solution to avoiding a bite from the blue-ringed octopus: just leave it alone.

“Like most animals, they will only attack a human if they feel like their lives are in danger. It is always out of self-defense rather than aggression,” she explained.

The majority of bites aren’t suffered by humans minding their own business, she continued, but rather by those who have tried to collect what they believe is an empty shell that actually contains an octopus hoping not to be bothered.

These surprisingly small eight-armed friends can conceal their blue rings, so it’s best to leave most ocean creatures be when you’re out exploring.

If you’ve kept a safe distance though, spotting one of these doesn’t have to mean it’s time to head for the hills. It can easily be an opportunity to observe one of nature’s neatest tricks—and appreciate a little bit of beauty in the process!