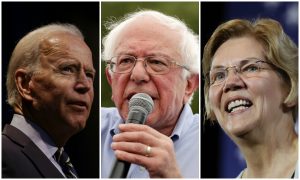 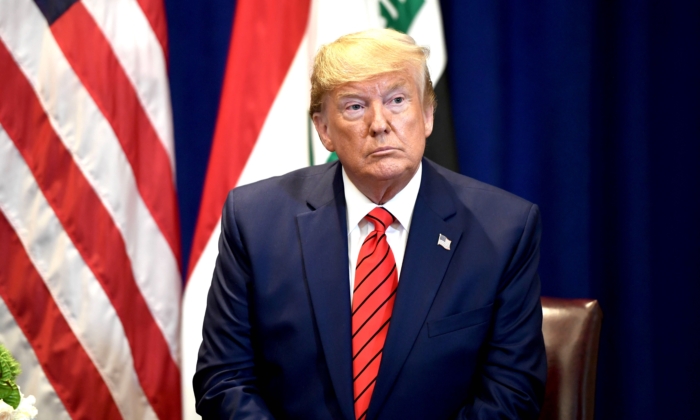 Video: College Students Call for Trump Impeachment, but They’re Not Sure Why

Amid the push by House Democrats to impeach President Donald Trump, Campus Reform reporter Cabot Phillips went to a campus in Virginia to ask students why they think it’s a good thing.

The results of Phillips’ interviews were posted on the Campus Reform YouTube page, noting that the students were “quick to say” that Trump should be impeached. However, they “weren’t as quick to give reasons why” or couldn’t give a reason why, the page wrote.

“I’m sure there’s reasons that I don’t know of … but I have not seen one certain reason to, like, impeach him,” said one unnamed male student wearing a pink T-shirt. He said that he believes Trump should be impeached.

Another female student told Phillips: “Umm, I don’t know if I can say any specific type of event or specific action” warrants the House moving forward to impeach Trump.

When questioned further, another student replied that he should be impeached but noted that she isn’t “that into politics,” and doesn’t “really pay much attention to [politics].”

“But I think just the fact that he’s trying to, like, run immigrants out of the country” is a reason for impeachment, she suggested.

Another student, who remarked that it’s a good thing that he is being impeached, told Phillips that “honestly, I think it’s a lot of, umm, just how popular he is … so even though you’re so popular and poppin’ right now, it’s not good for America.”

The House Democrats said they would inquire to impeach the president, although they have not yet held a formal vote on the matter. The Democrats have accused Trump of abusing his power by requesting that Ukraine investigate former Vice President Joe Biden and his son, Hunter.

Phillips said he went to Marymount University in Virginia and later told Fox News that “Millennials are now the largest voting bloc in America” and added that students should not “get a pass” for not staying informed.

“It’s easy to laugh this off and say this is just silly college students, but you have to remember that their vote counts just as much as yours and mine,” Phillips said.

“Moving forward, we should hope to have an educated electorate,” he explained. “And so, I think when you see videos like this, it’s a reminder of what happens when you have an echo chamber and just how important it is we to encourage people to think critically for themselves and not pressure to support one side over the other.”

In August, a poll showed that 29 percent of likely Democratic voters attending college or university picked Sen. Bernie Sanders (I-Vt.) as their choice for president, according to The Hill.