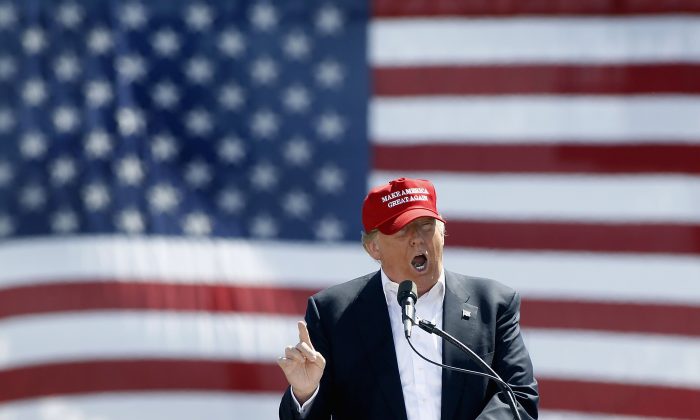 At a Trump rally in Tucson, Arizona, a black Trump supporter was seen punching and stomping on a white protester who had donned a KKK hood in an attempt to disrupt the rally.

Trump’s campaign events have been the target of violent protests in recents, and the rally in Arizona was interrupted by loud protesters who wore white KKK hoods, apparently mocking Trump’s alleged racism.

This isn’t the first time violence had broken out at one of Trump’s campaign events. Earlier this month, a rally in Chicago was cancelled because of escalating tensions between anti-Trump protesters, who came out in mass to disrupt the event.

Earlier this month, a Trump supporter was videotaped sucker punching a protester as he was exiting a rally in North Carolina. Trump had been accused of racism as the assailant was white, and the protester black.

Trump has accused the protesters at his rallies of threatening the freedom of speech in America, and he has previously offered to pay the legal fees of one of his fans who had punched a protester at one of his rallies.