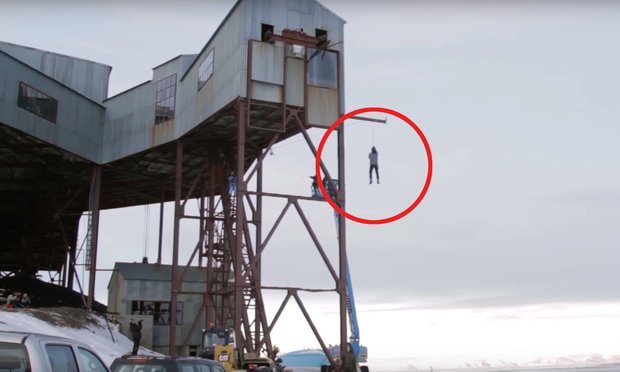 Video: Physicist Puts ‘Life on the line’ to Perform Experiment

Physicist Andreas Wahl performed a death-defying experiment to explain Isaac Newton’s second law of circular motion as well as how objects with a centripetal force spin faster as they reach a central point.

Wahl hung 46 feet in the air without safety equipment, attached to a pole with only a kettlebell attached to the end. The experiment was performed in Norway, and it was captured on video.

He was also wearing a helmet.