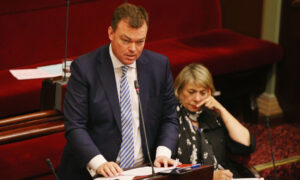 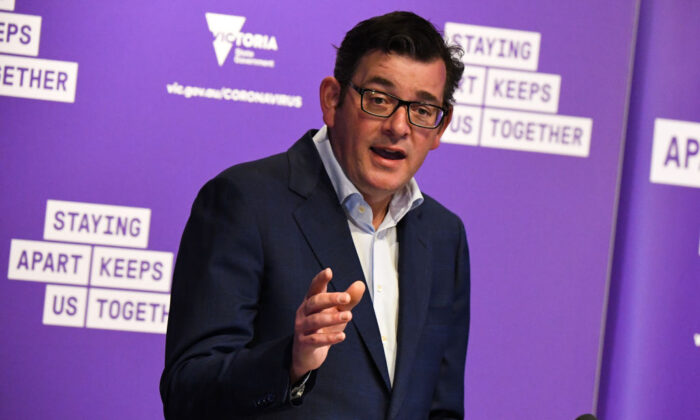 The Australian state of Victoria’s Liberal opposition party has referred the state Labor government’s deal for high capacity metro trains to be built by a consortium that includes a blacklisted Chinese company to the anti-corruption watchdog and the auditor general, The Age has reported.

On the same day that the deal was referred, Premier Daniel Andrews somewhat addressed concerns about the potential security risks posed by the Chinese company and whether they were using exploited Uyghur labour to build the trains.

“Labor and Transport Infrastructure Minister Jacinta Allan have botched the HCMT project from the start. It is now two years late, and the Chinese-manufactured trains are still not running,” said Davies.

“Only the Auditor-General has the power to pull back the veil on Labor’s mismanagement and its cost to commuters,” he said.

Davies also referred the deal to the Independent Broad-based Anti-corruption Commission (IBAC) after The Age reported on Monday that there was a potential probity issue with the tender process.

The Age reported that an unnamed top official allegedly involved in putting the deal together became employed by the Victorian government in 2015 just after they had been employed by Downer, a co-bidder with CRRC. Several months after the contract was granted, the official then left the state government public service and took up a senior position at Downer.

“Given [the official] successfully transitioned from their executive position with [the Transport Department] to a senior, and one can presume lucrative, position with one of the successful consortium members warrants an examination by IBAC—more specifically the ‘probity and transparency’ aspect of the process,” Davis remarked in a letter to IBAC.

The premier downplayed security concerns on Monday, questioning the basis for which the U.S. government labelled CRRC a security risk and saying that it should be Australian security agencies that raise concerns.

The U.S. Defence Department put CRRC on a blacklist of Chinese companies with close ties to the Chinese regime or military that were subject to U.S. government sanctions back in June.

“If those judgments are to be made, they should be made by Australian security agencies, not by the U.S. government,” the premier said, and stressed that only the trains’ outer shells were being made in China.

Andrews said that no one had raised questions about the deal or CRRC with the Victorian government, but if this changed, then his government would take appropriate action.

But the premier noted that, regardless of the international concerns, the state government would not be reviewing the deal despite.

Internal documents from the premier’s trip to China in 2019 obtained by The Age under the Freedom of Information Act have revealed that Andrews was eager to involve China in Victoria’s economy, saying that his state was a “gateway” for China into Australia.

“My government is dedicated to this effort, and I will personally continue to share the opportunities present in my state’s infrastructure agenda,” Andrews argued in the documents.

The Age also alleged the premier stated in the documents that the “talents and capacity” of Chinese companies were “critical to our success” because their expertise and experience “align precisely with our current agenda.”

Andrews also responded to allegations that CRRC used the forced labor of Uyghur Muslims, saying the Victorian government had “sought assurances” it was not used in the contracted work.

“We have made our views and preferences and what we want to see happen well-known and have received assurances to that end,” he said.

According to the Australian Strategic Policy Institute, CRRC is part of a major Chinese state-owned rolling stock manufacturer that is used significantly by controversial Belt and Road infrastructure projects and has been recognised as a procurer of Uyghur forced labour.