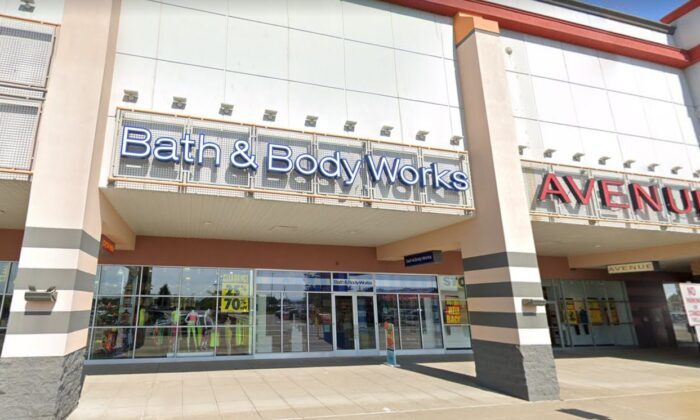 A Bath & Body Works is seen in Middletown, NY in a file photo (Google Maps)
Companies

The parent company of Victoria’s Secret and Bath & Body Works stated that hundreds of locations across the United States and Canada will be closed permanently as retailers deal with the fallout created by the COVID-19 pandemic.

L. Brands, the owner of the two firms, said in a statement (pdf) that about 250 Victoria’s Secret and 50 Bath & Body Works locations will be shuttered as part of their strategy to stay afloat during the pandemic amid plunging sales.

Reflecting how the pandemic has impacted retail, the firm said that “total company sales declined by 37 percent in the quarter to $1.654 billion, driven by declines in our stores businesses as stores were closed in the United States and Canada as of March 17, and earlier in international locations.”

Now, L. Brands will have to “close approximately 250 stores in the U.S. and Canada in 2020” and is “also actively evaluating strategic alternatives to reduce or eliminate losses in the U.K. and China,” according to the statement.

A number of factories that produce L. Brands’ goods are located in China, Sri Lanka, Vietnam, and India, according to the company’s website. On the retail side, according to Business of Fashion, Victoria’s Secret “entered China in 2018” for the first time and held a Victoria’s Secret fashion show in Shanghai in 2017. During the show, China’s “biggest stars and tycoons were in attendance, with tickets reportedly scalping for upwards of $15,000,” the report said. A source said that the show had to be approved by the “highest levels” of the Chinese Communist Party (CCP) first.

The firm in mid-March closed down all of its stores in North America and asked associates who can do so to work from home. The Victoria’s Secret online platform was also shut down for a period of time as distribution centers were closed to implement more safety measures.

“We intend to thoughtfully open stores throughout the second quarter, taking steps to ensure the safety of our customers and associates, and adhering to government guidelines. We expect that the majority of our stores will be open by the end of July,” L. Brands wrote Tuesday.

It added that due to the “high level of uncertainty” surrounding the CCP virus outbreak, it won’t be “providing second quarter or full-year 2020 earnings guidance.”

The two stores are not the only retailers that have been forced to close stores during the pandemic. Notably, JCPenney this month filed for Chapter 11 bankruptcy and later said it would close around 250 stores across the United States to cope with losses suffered in the current climate.

Earlier this week, Pier 1 Imports announced it will permanently close all of its 540 stores across the United States, coming months after it filed for bankruptcy.