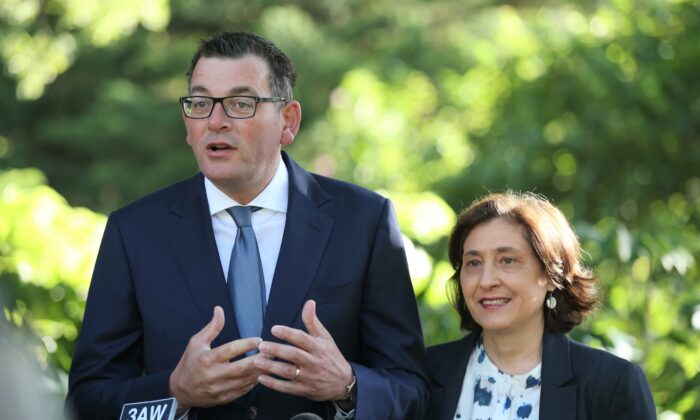 The state of Victoria has the most extensive natural gas network in Australia and the highest consumption due to cold weather and the use of gas for domestic heating. Yet the state is able to meet its own needs with gas production while supplying some gas also to Tasmania, South Australia, and New South Wales.

However, for over a decade, experts have been watching the market tighten, such that Victoria relies on importing gas from northern states through the east-coast network during high winter demand. Impending supply shortfalls have been forecast for several years—most recently, the Australian Energy Market Operator predicted the shortfall to hit in winter 2024.

Considering the conditions for this supply crisis have been present and predictable for a decade, it is increasingly like watching a car crash in slow motion. Government decisions have repeatedly exacerbated the issue.

In some ways, the gas problems on the east coast were initiated when the federal government, heady from gas fumes, approved the building of not one, not two, but three liquefied natural gas (LNG) production facilities on Curtis Island in Queensland. The LNG facilities were justified on the basis that they were developed hand-in-hand with fields that would produce enough gas to supply them at full capacity.

However, once the plants were up and running, some of the gas production was below expectations, and some were too costly to be profitable under all conditions. In the language of the industry, identified “resources” (gas in the ground) only become “reserves” (gas worth taking out of the ground) when the costs can be covered.

This economic condition should have been tested when the plants were approved. It’s an obvious question—what happens when the LNG price plummets?

This is what happens: the gas producers raid the domestic market to get the cheapest gas for their facilities. This was a significant problem around 2016 that began pushing prices up. Today, the LNG producers account for such a large portion of gas flows on the east coast, that they wield immense market power.

That does not mean these LNG projects were a bad idea overall. If it were not for these developments, we wouldn’t have the gas production fields at all, and the crisis facing the east coast would be a genuine shortage.

Nevertheless, the market is clearly broken and suffers from a very curious problem—when the price on the east coast recently skyrocketed; we found ourselves paying more for our gas than people in other countries were.

The producers still were making LNG rather than selling their gas into the more profitable Australian market. The basic reason is simple—they need to pay for their LNG plants, which they only achieve by selling LNG.

Victoria’s problems with gas go further, however than the large LNG producer’s effect on the market. The Victorian government has repeatedly displayed hostility to the gas industry.

For several years, they have had a moratorium on coal seam gas development, fracking, and onshore gas exploration. The last of these was recently lifted but was in place for nine years.

As the reality of the supply problem has hit home, did Victoria develop a Gas Supply Roadmap? No, they published a Gas Substitution Roadmap. The roadmap proposes to replace gas use with three alternatives—mainly electricity, but also hydrogen and biomethane.

In reality, for price reasons, many users have already been substituting electricity for gas, but there’s just one teensy problem with this as a system-wide solution—the electricity is increasingly made from gas, and especially so at peak winter demand.

Why is Victorian production decreasing? Is the Bass Strait truly running out of gas? Perhaps, but consider this: gas reserves can move in only one direction when you aren’t doing exploration. Downwards. One gets the impression that the producers in Victoria don’t really like being there—in 2016, Esso (Exxon Mobil) attempted to sell their whole Bass Strait portfolio. They eventually cancelled the process because no one was willing to pay what the field was worth.

Victoria’s state approach has been in stark contrast to the federal government’s position to have a “gas-led recovery” out of the pandemic. It’s not that the federal government had no appetite for hydrogen and biomethane and electrification. They just were not so naïve as to expect these technologies to solve a problem as imminent as what Australia, and particularly the east coast, faces.

The federal government’s agreement with the LNG producers includes this obvious swipe at Victoria (pdf):

“The LNG exporters will continue to pursue efforts to develop and deliver new economically viable gas supplies from their project resources. The Australian government will continue to advocate for the removal of state and territory-based exploration and development bans and moratoria and encourage jurisdictions to accelerate exploration and development. Unlocking new supplies of gas will improve the security of supply for all Australian gas users.”

Nevertheless, Victoria insists on doubling down on its naivete. When the supply problem emerged, several market participants proposed solutions that would enable them to continue satisfying their customers.

AGL, a gas retailer, proposed that an LNG import terminal could be built at Crib Point. It could have been commissioned in 2021, but the application was delayed, and after 6,000 public submissions (that’s an alarming number of Victorians who are experts in Crib Point’s biodiversity), it was eventually rejected on environmental grounds.

Another LNG import terminal is under proposal in Geelong by Viva, who operate a refinery there. In contrast to Crib Point, this area is already significantly developed, so the environmental case should be simpler.

Even the Grattan Institute could not deny that the state has run out of freedom of choice for such a project, with energy director Tony Wood saying the terminal was the best opportunity for Victoria to “find its way through what could be quite a tricky situation.” As a result, the ABC was forced to start quoting high-school children for why the terminal was a bad idea.

But, thanks to their dallying, Victoria will soon instead be relying on the Port Kembla LNG import terminal in New South Wales, finishing on schedule.

The net result is that Victoria is facing a very real gas supply crisis in the near future. It is a crisis that has been forecast for several years, and the government has actively stood in the way of potential solutions. Government decisions have failed to solve an unworkable gas market and repelled investment.

At some point in the near future, however, they will be liberated from the illusion that they actually have any choices left.