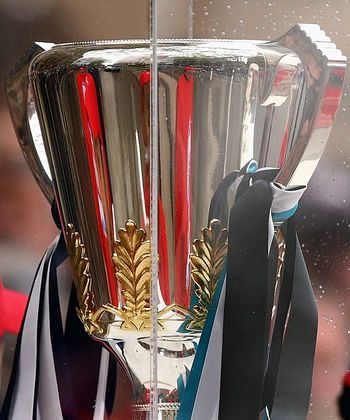 Only four AFL teams remain after Collingwood and Sydney were eliminated last weekend. St Kilda won by 34 points while Western Bulldogs won by 37. So far, none of the finals matches have been close – all have been won by five goals or more – and this weekend could continue that trend.

The results last weekend left only Victorian teams to play off in the Australian Football League Preliminary Finals for the first time since 2000.

Just two weeks remain in the AFL season and while many non-Victorian clubs’ fans may have lost interest in this coming weekend’s matches, the spectacle of the Grand Final never fails to feature as one of Australia’s most-watched annual events.

The Sydney Swan’s exit marked what many see as the end of an era that saw them feature in the last six finals series – that included two Grand Final appearances and one premiership. With several retirements likely, they will now enter into a rebuilding phase and it will be remarkable if they can reach the finals in 2009.

The Collingwood Magpies, on the other hand, are young and on the rise. The ’Pies have reached the finals in the last three years and could do better next year. It was evident against St Kilda last weekend that the youngsters just couldn’t follow up in their second week under the intensity of finals football.

With 10 out of 16 clubs in the national competition based in Victoria, towards the end of the 2006 finals series, Victorians were lamenting the absence of any teams in the Preliminary Finals. While there were grumbles about salary cap concessions and fixture inequities in the draw, there was a concern that no team from the heartland of Australian football had reached the Grand Final in three years or that one hadn’t won a premiership since Essendon’s record-breaking 2000.

Geelong put those concerns to rest last year with a massive 119 point victory over Port Adelaide. And this year will be the first all-Victorian Grand Final since Essendon played Melbourne in 2000.

Meanwhile, next Monday night (September 22) the umpire’s award for the AFL’s best and fairest player – the Brownlow Medal – always holds the interest of fans across the nation.

Geelong and Hawthorn deservedly start as likely winners this weekend, but anything can happen during finals football in the AFL.

As the pressure-cooker intensity lifts teams to achieve greater feats in the air and on the ground, fans and players are frequently reminded that scores start at 0.0.0 to 0.0.0.

As the buzz builds, on paper the Cats and the Hawks have a clear edge over their opponents and will likely steamroll their way to the Grand Final. While games aren’t played on paper, nothing is certain as underdogs St Kilda and Western Bulldogs will throw everything at their opponents.

The Bulldogs are talking up their chances, saying that they have nothing to lose. But they have everything to lose, with the chance of a Grand Final berth the following week their reward if they can do what just about everyone says is impossible – defeat the Geelong Cats who have won 41 of their last 43.

The Cats are approaching this match differently to last year’s Preliminary Final – where they narrowly beat Collingwood. Last year, they took it easy during their week’s rest focusing on recovery, while this year they have increased the intensity at training. Denying that they have become “cocky”, boasting a deep list they claim that they will not risk any players who are not 100 per cent fit and ready.

It’s hard to build a case for the Bulldogs who matched the reigning premier until halftime – when the scores were level – when they last met. The ’Dogs returned to tough, hard-contested football last week against the Swans, but will still need to step it up a few notches more to match the Cats for four quarters. It’s a big ask, but if scores are close in the last quarter and the ball bounces their way, they may win.

These two teams (like the Cats and Dogs) last met in Round 16. Midway through that game, the Saints were five goals behind, but were able to come back and win by five goals. The pre-season Cup winners began the season poorly, but have won 9 of the last 12 matches and continue to improve each week (apart from the forgivable loss to Geelong two weeks ago).

This match is likely to be close as the Saints may have just the right combination to challenge Hawthorn and have a better chance of knocking off their favoured opponents.

They have an extremely experienced defender to play on the most dominant forward in the competition Lance Franklin – the competition’s leading goal-scorer or Coleman Medallist – in Max Hudghton. Meanwhile, Hawthorn may struggle to find a player to restrain captain Nick Riewoldt – Franklin’s counterpart at the other end.

It’s the third time in five years that the Saints have reached this stage in the finals, while the Hawks last played in a Preliminary Final in 2001.

Unlike the Cats, Bulldogs and Saints, the week’s rest for the Hawks has allowed them to declare fit many key players who have been under an injury cloud.