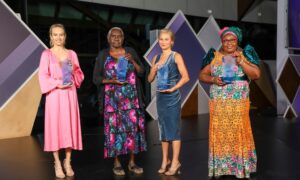 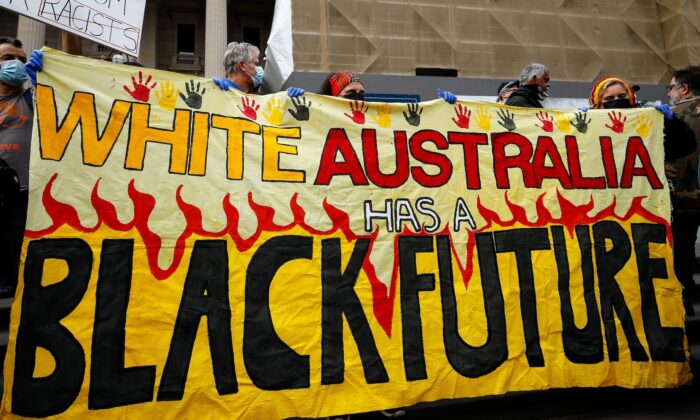 Demonstrators attend a Black Lives Matter protest to express solidarity with US protestors in Melbourne on June 6, 2020. (Con Chronis/AFP via Getty Images)
Australia

State to Launch Australia’s First Probe Into Impacts of Colonisation

The Australian state of Victorian has announced the establishment of a truth and justice commission that will investigate the historical and ongoing effects of colonisation on Aboriginal Victorians and propose steps for reconciliation.

As the first commission of its kind in Australia, the Yoo-rrook Justice Commission will be modelled after the Truth and Reconciliation Commission led by Nelson Mandela in South Africa after the end of its apartheid. It will be charged with investigating all acts committed against Aboriginal people, both in the past and present, and is expected to begin in July with a final report due three years later.

In a joint statement with the First Peoples’ Assembly of Victoria (FPAV), Premier Daniel Andrews said his government was committed to a truth-telling process after what they characterised as 233 years of “violence, dispossession, and deprivation.”

“Today, we commit to telling the truth,” the joint statement said. “We do so in partnership—a shared commitment between the Victorian Government and the First Peoples’ Assembly of Victoria, the state’s first and only democratically-elected body for Aboriginal people.”

Acting Premier James Merlino, who has replaced Andrews as he undergoes treatment for a serious spine injury, said that the inquiry was a long time coming.

“This is long overdue. It’s an acknowledgement that the pain in our past is present in the lives of people right now. It’s a recognition that, without truth, without justice, you can’t have a treaty,” Merlino said. “You can’t take that incredibly powerful step forward until we go through this process of truth and justice.”

‘Truth-Telling’ About the Aboriginal Experience

Named after the Wemba Wemba/Wamba Wamba word for ‘truth’, the Yoo-rrook Justice Commission will be made up of a panel of five men and women nominated jointly by the FPAV, the Victorian state government, and the International Center for Transitional Justice.

It will be given all the powers of a royal commission—Australia’s highest form of public inquiry—to look into the impact of colonisation on Aboriginal people, which will include giving the commission the power to compel witnesses to appear before public hearings.

“It’s why the Yoo-rrook Justice Commission will investigate both historical and ongoing injustices committed against Aboriginal Victorians across all areas of social, political, cultural and economic life,” the joint statement read.

In a media statement on their website, the FPAV said that the commission’s purpose is to “achieve truth-telling and truth-listening.”

“Yoo-rrook Justice Commission builds on our state’s nation-leading work on treaty, and the Victorian Government’s commitment in 2018 to address historic wrongs and ongoing injustices through the treaty process,” the FPAV said.

The International Center for Transitional Justice (ICTJ) will work alongside the FPAV and the Victorian government to select candidates to become commissioners.

According to the ICTJ website, the centre says it “works for justice in countries that have endured massive human rights abuses under repression and in conflict.”

It has also worked as an advisory to help in the justice and truth-telling processes of countries that have come out from under repressive regimes. Some of the countries it works in include Colombia, Côte d’Ivoire, the Democratic Republic of the Congo, Kenya, Lebanon, Nepal, Tunisia, and Uganda.

Using a process the ICTJ call “transitional justice,” the organisation says it utilises truth-seeking, or fact-finding, processes to look into human rights violations by non-judicial bodies.

From this perspective, the centre says it can also look not just at events but their causes and impacts, and this will often result in the reform of laws and institutions, including the police, judiciary, military, and military intelligence; as well as reparations in the case of human rights violations.

In the meantime, the FPAV is seeking expressions of interest from people who wish to be commissioners.

“All candidates must demonstrate impartiality, moral character and cultural integrity, and be empathetic and trauma-informed,” the FPAV said on its website.

The eligibility requirements also include having expertise in Indigenous rights, community engagement, government system reform and/or historical inquiries, and understanding the concepts of decolonisation, systemic disadvantage and its causes.

German economist Moritz Julius Bonn, who famously accused Karl Marx of falsifying a quotation, coined the term “decolonisation” in the 1930s to refer to former colonies that achieved self-governance. It has since morphed to incorporate the influence of colonising cultures on indigenous societies, which over time, have come to live by the laws and norms of the colonising nations.

The concept of decolonisation takes as a given that colonisation equals invasion, and in Australia, left-wing Aboriginal activists have long agitated this to assert their sovereignty over the nation.