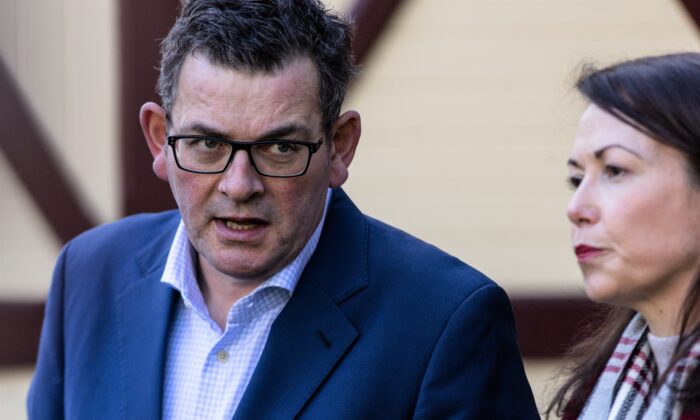 Can Victoria Extricate Itself From the Andrews’ Swamp?

A scathing joint report into the activities of the Australian Labor Party (ALP) in Victoria by that state’s Ombudsman and Independent Broad-based Anti-corruption Commission (IBAC), released on July 20, found a “catalogue of unethical and inappropriate behaviour and concerning practices” inside the party.

As far as they affected public office and public funds, the report found that Labor branch-stacking was rife, and factional hacks were bought off by promises of parliamentary seats and taxpayer-funded appointments. It stated that such practices were “condoned or even actively encouraged by senior figures,” including Member of Parliaments (MP) bullying staff, nepotism, forging of signatures, and attempts to interfere with government grants. Even so, the report did not recommend any criminal charges.

All this started in November last year. Following admissions from former Labor MP Adem Somyurek about his involvement in the red shirts scandal that he labelled “the biggest political scandal in Victorian history,” Somyurek himself introduced a motion in the upper house of Victoria’s parliament for the state’s IBAC to investigate the party’s rort a second time.

The motion was carried successfully—and indeed unexpectedly—by 19 votes to 17 when Labor MP Kaushaliya Vaghela crossed the floor to vote in favour of the motion, risking expulsion from the ALP by doing so.

As reported by NCA Newswire at the time, the motion requested the Victorian Ombudsman investigate the role Premier Daniel Andrews had in “designing, propagating, and facilitating” the red shirts scandal while he was opposition leader in 2014.

The scandal centred on Labor’s misuse—as found by the Victorian Ombudsman in 2018—of $388,000 (US$270,000) in taxpayer funds during the election campaign that year. It also asked for an examination of potential branch stacking activities, the premier’s social media unit staff, the monetising of factional politics, and electoral officers and ministerial advisers performing factional tasks during work hours.

Andrews now faces a fresh investigation into the red shirts scandal ahead of the November state election.

Meanwhile, Andrews promised he would clean up the mess by adopting all the recommendations of the report and go further.

Andrews said on July 20 that he takes “full responsibility” and apologised for Labor’s “shameful, deplorable, disgusting, and absolutely disgraceful behaviour.”

But these are weasel words. Andrews has a history of obfuscation and deflecting blame and, unfortunately, getting away with it.

As commentator Peta Credlin said on Sky News Australia: “That’s always been the Daniel Andrews playbook: deny that it’s got anything to do with you, and claim that the problem has now been solved anyway, so nothing to see here.”

“The main target of the commission’s investigation, former minister Adem Somyurek, has always maintained that the premier, as a former assistant secretary of the Labor Party and left faction boss, was up to his eyeballs in all of it,” Credlin said.

“Something the premier, unsurprisingly, has denied.”

In 2020, during the hotel quarantine fiasco, which involved 800 deaths and months of lockdown, Andrews said, “I am responsible for everything that goes on in the Victorian government.” Later he apologised for the failed quarantine system.

However, let’s never forget that shortly after, during the Coate Inquiry into the fiasco, he threw health minister Jenny Mikakos under the bus, stating she was responsible.

Andrews’s treatment of Mikakos caused her to leave politics.

The fact remains that while all of this has gone on—including the rorting and branch stacking—Andrews has been the leader of the Labor Party.

Where Does the Opposition Stand?

However, as Patrick Durkin wrote in the Australian Financial Review, it remains to be seen whether this latest scandal will have any impact on the election result. The reason for this is that the Liberal/National Opposition, currently led by Matthew Guy, seems determined to remain in opposition.

Melbourne was the world’s most locked-down city between 2020 and 2021. Yet throughout all that time, the so-called conservatives refused to defend fundamental rights and freedoms, even when a pregnant mother was arrested in her house in her pyjamas for posting on social media her opposition to lockdowns, when grandmothers were being harassed in parks, or when people were being fired at with rubber bullets. I could go on.

Now, refusing to learn the lessons that the climate activists will never vote Liberal, and in the face of the worst energy crisis (and, as a result, the highest power prices) in the country, Guy has vowed to halve emissions by 2030. This goes even further than the federal Labor government’s reduction target.

Announcing a 50 percent cut in emissions is, yet again, a classic case of trying to appeal to those who will never vote for the centre-right Coalition parties, all the while alienating their voting base even more.

Victorians want to be rid of Andrews, but that can only be achieved if the alternative government forgets the nonsense that is focus group polling and offers true centre-right product differentiation, with properly thought-through, realistic and costed policies.

Trying to out-left the left is no way to win an election. You only need to look at what has happened to the Liberals at various state elections and the May federal election over the last 18 months to see that.