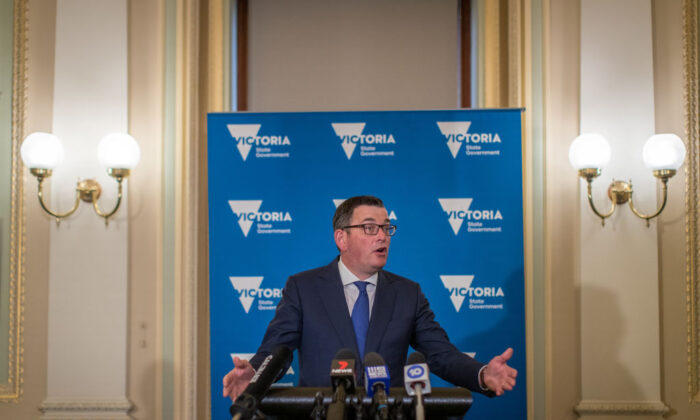 Victorian Premier Daniel Andrews has called for widespread reform to the state’s political parties amid a revealing report into “branch stacking” in the Labor Party.

The opposition has criticised his pledge for integrity reform as a sleight of hand to distract from the Labor Party’s internal issues.

The joint report released by the state’s anti-corruption body, the Independent Broad-based Anti-corruption Commission (IBAC), along with the Victorian Ombudsman exposed the deliberate, widespread, and egregious misuse of taxpayer funds for political gain within Labor Party ranks.

The report, released on July 20, outlined 21 recommendations to stop branch-stacking, including establishing a parliamentary integrity commissioner and ethics committee, narrowing the scope of permissible work for electorate officers, and banning MPs from employing close family members in their electorate office.

Branch-stacking is a practice where individuals are deliberately recruited and signed-up to join local electoral branches—while not illegal the practice is banned in the Labor Party.

The purpose of “stacking” a branch with your preferred members is so political factions can influence the votes of the branch members when it comes time for preselections—voting for candidates to contest upcoming elections.

Hours after the report’s release, Premier Daniel Andrews announced that his government would accept all 21 recommendations.

In addition, he proposed a legislative overhaul to the inner workings to all political parties.

“We want to write into Victorian law that in order for political parties to receive public funding, they will need to deliver, in their administration, the highest of standards,” Premier Daniel Andrews told reporters.

“It’s not good enough … to simply have those as a matter of party rules,” Andrews said.

After branch stacking allegations emerged in June 2020, Victorian Labor performed an audit within the party and expelled about 1,700 members deemed “non-genuine.”

Under Labor’s proposed changes, if political parties do not conduct periodic external audits of their members, they will not be able to receive public funding.

The Labor government said the new rules would hold large and established parties to the standards that taxpayers expect and would not disadvantage newer parties.

Regarding Labor’s proposals, acting Victorian Greens leader Tim Read was concerned that the premier might be trying to draw attention away from branch-stacking problems.

“These reforms may be necessary to clean up the industrial scale branch stacking inside the Labor party but may not be necessary for parties that already manage their internal affairs appropriately,” he said.

Similarly, Crossbench MP Fiona Patten said her party did not have the issue of branch stacking and that Andrews should not use the proposed reforms to deflect from Labor’s problems.

“This is for Labor to clean up its own act,” the Reason Party leader said in comments obtained by AAP.

Meanwhile, opposition treasury spokesman David Davis said that although the Liberal Party had not seen the content of the new legislation, it was open to the changes as long as they were practical.

“This is Daniel Andrews at his slippery best, deflecting responsibility, trying to put others in the frame when it’s his party and him that are the culprits,” he said in comments obtained by AAP.

“We don’t begin from a position of opposing any sensible suggestions, but we think it might well be trying to fix a problem that doesn’t exist in other parties but does exist in Labor.”