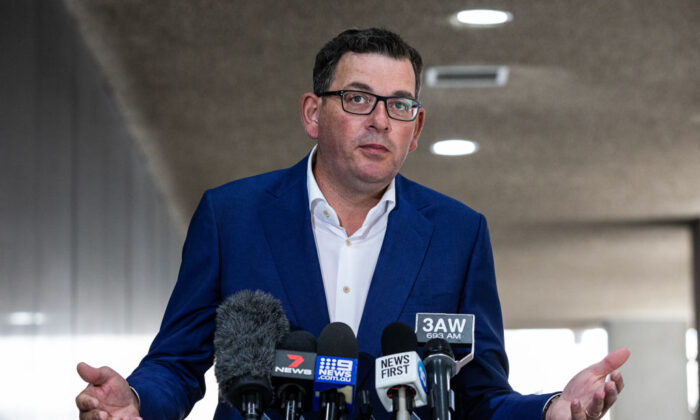 Victorian Premier Daniel Andrews has been questioned over his role in the state’s health crisis that led to the death of a 14-year-old girl waiting for an ambulance as well as 15 other Victorians’ deaths in the recent months.

14-year-old Lydia Anseline died on April 13 from an asthma attack after waiting for over 30 minutes for the ambulance to arrive.

During Question Time on May 11, Victorian Opposition Leader Matthew Guy asked if Andrews would “finally take responsibility for the failings” in the health system that has led to the death of Lydia and many other Victorians.

“The death of any Victorian is a tragedy,” Andrews responded, “I’m responsible as every member of the government.”

He also mentioned that coronial processes for the Victorians are also “important” as learning from “every incident is deeply at the centre of our health system.”

The questioning comes as the Victorian Ambulance announced code orange on the night of May 10, with up to 70 patients waiting and 39 ambulances ramped outside Melbourne hospitals.

However, Victorian Ambulance Union secretary Danny Hill told 3AW on May 11 that he would “bet money the number was far higher than 39.”

Hill said Ambulance Victoria has experienced its three busiest months ever in the last three months.

“It’s not an increase in heart attacks, strokes or car accidents,” he said. “It’s an increased reliance on Triple-0 and on emergency departments as well for quite low acuity cases,” he said, mentioning delayed appointments and treatments also contributing to the demand.

Victoria’s health system has been in a state of crisis since the start of the pandemic, with the Victorian government announcing a funding boost of $12 billion ($US8.33 billion) as part of the Pandemic Repair Plan on May 3. They also promised Victoria would see an extra 5000 more nurses and paramedics.

However, the secretary said paramedics need alternative pathways rather than an increased workforce.

“If you put on 1000 more paramedics tomorrow, but if they all ran to the hospital, you haven’t fixed any of the problems.”

He said the ambulance has another model that directs callers to paramedics and nurses on call to give advice and direct them to other pathways in the community, the problem is that there are often not enough alternatives in the community to be directed to.

“What we probably need to do is get more engagement with the federal government around primary care around aged care, which is such a huge component of the work that paramedics do.”

Prof. John Wilson, who specialised in diseases of the respiratory organs at the Alfred Hospital has said the health system in Victoria is in crisis and he fears a mass exodus of staff from the sector if the problems are not urgently addressed.

Wilson, who had worked in the Alfred hospital in Melbourne for 30 years resigned on May 11 in an effort to draw attention to the immediate need for reform in the health care system.

Giving advice on his steps to change, he said the first measure in changing the situation was asking healthcare workers what they need to do their job better, and the second step is considering “resourcing, leadership and policy” within the system.

But he noted that the healthcare sector in Australia needed the state governments and the federal governments to work together.

“The relationship between the states and the federal government hasn’t been a happy one through the last two years,” he said. “When we’re creating policies and trying to enact them, it goes backwards and forwards.”

However, he did praise the federal government’s move toward telehealth, which he said showed that governments could move forward if they wanted to.